A successor has yet to be named. 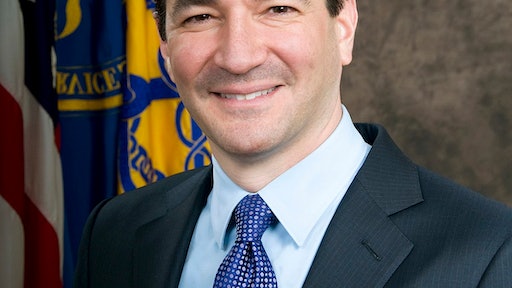 After weeks of speculation, FDA Commissioner Scott Gottlieb has resigned from his position.

Gottlieb has been credited with leading the FDA charge against underage vaping and was vocal about keeping the agency open during the government shutdown earlier this year to help keep Americans safe.

In a letter, which the FDA staff posted to Twitter, said that he was resigning to focus on his family.

A note from FDA Commissioner @SGottliebFDA to the @US_FDA team… pic.twitter.com/K6iBKhZS5P

Gottlieb intends to stay with the agency for another month, however, a successor has yet to be named.

Trump also took to twitter to praise Gottlieb, saying that he did an "absolutely terrific job as Commissioner of the FDA." The President appointed Gottlieb as commissioner when he first took office in 2017.

Scott Gottlieb, who has done an absolutely terrific job as Commissioner of the FDA, plans to leave government service sometime next month....

....Scott has helped us to lower drug prices, get a record number of generic drugs approved and onto the market, and so many other things. He and his talents will be greatly missed!