A week after the cyclospora-contamined salads outbreak was made public, two of the people sickened has filed lawsuits against the restaurant chain. 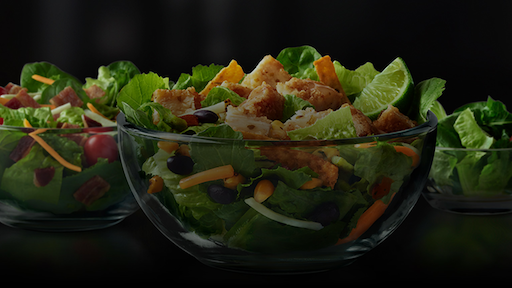 Reuters reports that an Illinois woman filed the first lawsuit against McDonald's following salads being linked to a parasite.

It was announced last week that over 100 people in the Midwest were infected by an intestinal parasite linked to McDonald's salads.

Since the official announcement, McDonald's stopped selling the cyclospora-contaminated salads at 3,000 locations across the Midwest and has worked to remove the lettuce from those locations and distribution centers as well.

In a complaint filed in a state court in Illinois on July 16, Jennifer Smith claimed that she had to seek medical treatment twice after eating salads at her local McDonald's restaurants, Reuters reports.

On July 18 the national food safety law firm of Ron Simon & Associates and Meyers & Flowers filed the second lawsuit against the restaurant chain on behalf of Cody Barra, who purchased salads on numerous ocassions from the restaurant.

According to the lawsuit, Barra suffered from diarrhea, gas, bloating, fatigue, nausea and weight loss in early July, with the symptoms coming and going in waves. However, Barra was only able to link his illness to consumption of McDonald's salads once the outbreak was made public. The lawsuit continues in lawing that Barra obtained a physician's referral for a cyclospora-specific test to confirm the link.

"My firm represents dozens of victims in the McDonald's salads and Del Monte veggie tray cyclospora outbreaks. Many of our clients have experienced difficulty in getting the proper cyclospora test performed. I have spoken to a number of the health departments and medical professionals in recent days, and most are now prepared to properly test and diagnose those people who were infected by this painful and destructive parasite," Rob Simon said in a statement. "Through these lawsuits we will determine where the American food safety system was breached, and make sure it does not happen again."

Shippers need to prepare themselves for significant changes in their supply chains.
Marina Mayer
February 14, 2020
Follow Us