People opting for a healthier option at McDonald's in the Midwest may have been infected by an intestinal parasite. 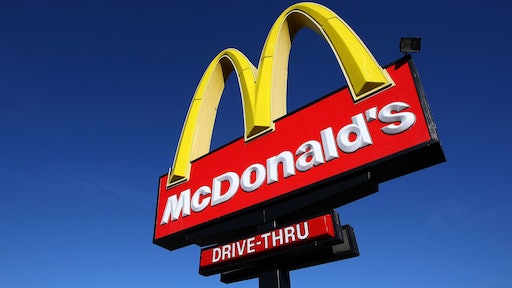 People opting for a healthier option at McDonald's in the Midwest may have been infected by an intestinal parasite.

According to the New York Times, over 100 people have been infected by an intestinal parasite linked to McDonald's salads.

Public health officials in Illinois and Iowa have reported cases of cyclosporiasis. So far, 15 infections were reported in Iowa and 90 others in Illinois. The New York Times reports that all who became ill in Iowa and a quarter of those from Illinois claimed to have eaten McDonald's salads in the days before symptoms appeared.

While there is a link to McDonald's, Illinois is still investigating other sources for the outbreak.

Cyclosporiasis is caused by a parasite found in food or water that has been contaminated with feces. The infection can cause nausea, fatigue and diarrhea for more than a week, according to the New York Times.

McDonald's has stopped selling salads at 3,000 restaurants in the Midwest and is working to remove the lettuce from those locations and distribution centers as well. The New York Times reports that the company is switching to another lettuce supplier at those locations.

The outbreak first appeared in Mid-May and were announced as state and federal health authorities began investigating another outbreak of 225 cases in the Midwest linked to Fresh Del Monte Produce vegetable trays.