On July 1, 2015, USDA-FSIS issued a public health alert due to concerns about illnesses caused by Salmonella that may be associated with raw, frozen, breaded and pre-browned, stuffed chicken products. 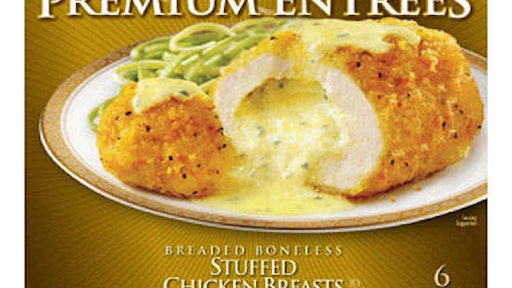 Officials with the U.S. Centers for Disease Control and Prevention (CDC), USDA’s Food Safety and Inspection Service (FSIS), and the Minnesota Departments of Health (MDH) and Agriculture are investigating two outbreaks of Salmonella enteritidis linked to raw, frozen, breaded and pre-browned stuffed chicken entrées, according to Food Safety News.

In the first outbreak, MDH identified four people infected with a strain of Salmonella Enteritidis with illness onset dates ranging from April 5, 2015, to June 8, 2015. Two people were hospitalized.

In the second outbreak, MDH identified three people infected with a different strain of Salmonella Enteritidis with illness onset dates ranging from May 9, 2015 to June 8, 2015. Two people were hospitalized.

On July 1, 2015, USDA-FSIS issued a public health alert due to concerns about illnesses caused by Salmonella that may be associated with raw, frozen, breaded and pre-browned, stuffed chicken products. In the alert, USDA-FSIS advises all consumers to safely prepare and cook these products to a temperature of 165 degrees F.