The decision to pull all of its products from stores after a listeria outbreak marks one of the most sweeping U.S. food recalls by a single brand and highlights the difficulty of controlling the potentially deadly bacteria. 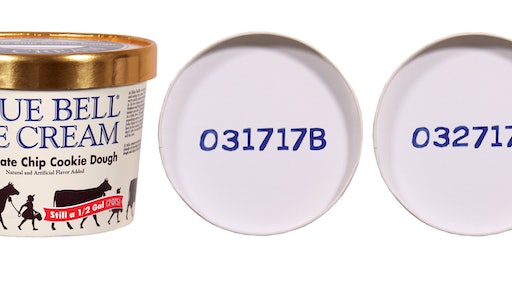 The decision was the result of findings from an enhanced sampling program initiated by Blue Bell which revealed that Chocolate Chip Cookie Dough Ice Cream half gallons produced on March 17, 2015, and March 27, 2015, contained the bacteria. This means Blue Bell has now had several positive tests for Listeria in different places and plants and as previously reported five patients were treated in Kansas and three in Texas after testing positive for Listeria monocytogenes.

Blue Bell Ice Cream, which sells ice cream in 23 states, said it hasn’t nailed down the source of the bacteria, which was first tracked in March to its Texas plant and later its facility in Broken Arrow, Okla., according to The Wall Street Journal. The decision to pull its products from stores after a listeria outbreak marks one of the most sweeping U.S. food recalls by a single brand and highlights the difficulty of controlling the potentially deadly bacteria.

Blue Bell, a family-owned Texas company that ranks among the nation’s largest ice-cream makers, announced the voluntary recall late Monday after identifying contaminated samples through a testing program. Those tests followed a recall by the company in March—the first in its 108-year history—after the U.S. Centers for Disease Control and Prevention linked Blue Bell ice cream to three deaths at a Kansas hospital and additional illnesses in Kansas and Texas.