The logo, anchored by the iconic image of an American bald eagle, highlights propane as an increasingly American-made alternative fuel at a time when U.S. propane production from natural gas liquids is at record levels. 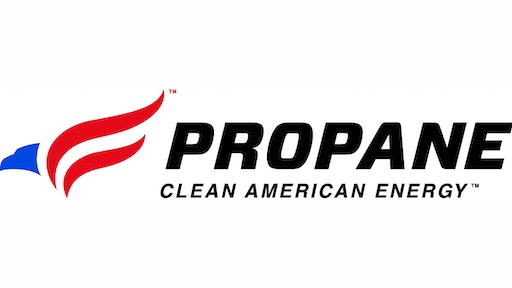 The logo, anchored by the iconic image of an American bald eagle, highlights propane as an increasingly American-made alternative fuel at a time when U.S. propane production from natural gas liquids is at record levels. According to PERC President and CEO Roy Willis, the change also emphasizes recent investments by the propane industry in new technologies, including propane-powered vehicles, school buses, mowers, irrigation engines, and other equipment.

“We hope PROPANE Clean American Energy™ will increase consideration of propane as a clean, affordable, and American-made alternative to conventional fuels among fleets, commercial landscapers, contractors, producers, and homeowners,” Willis said. “Increasing domestic demand for propane in the U.S. will ultimately lead to cleaner air and increased use of our nation's own energy resources, rather than relying on foreign oil.”

The propane industry began working on the research and branding project at the beginning of 2013. The new logo and tagline will be used in all PERC-produced materials and will be made available free of charge to propane providers and OEM partners, such as Roush CleanTech, Exmark, and Kohler. The new logo will also replace the previous mark used by thousands of propane retailers nationwide on signs, delivery vehicles, equipment, websites, and literature.

The PROPANE Clean American Energy™ logo will be prominently featured in PERC’s new multimedia safety campaign designed to encourage residential propane heating customers and agribusiness operators, among others, to fill up in advance of the winter season and make arrangements with propane providers to keep tanks full. The campaign begins Sept. 8. More information is available at propanecomfort.com.

“America makes more than enough propane to meet U.S. demand,” Willis said. “As PERC rolls out this important safety campaign and new branding identity, the propane industry is prepared to meet the needs of a changing energy economy.”

After almost a year and a half stuck inside and having to wear a face mask whenever we went into public, our bodies just aren’t used to germs anymore.
Mackenna Moralez
July 28, 2021
Latest

In these new times, it’s important to realize that it’s not just about making the sale anymore -- it’s about making connections. To achieve that, build a culture of care in which the wellbeing of customers is the priority.
iTradeNetwork
June 23, 2021

The investment will fuel innovation, expand in North America and focus on the customer experience for digitizing and transforming fleet and safety management.
Vehicle Tracking Solutions (VTS)
June 22, 2021

The majority of captures are light-attracted insects because they are often attracted to the building for the same reason that they end up in the trap -- the lights.
McCloud Services
June 12, 2021
Follow Us