The Flip Side Of LMS Objections 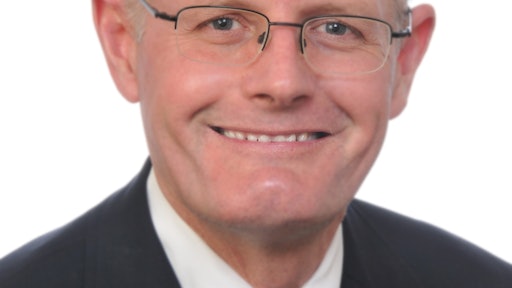 It’s often been said that if you build a better mousetrap, the world will beat a path to your doorstep. However, when it comes to giving DC operators the ability to more effectively control one of the most expensive components of their operating cost, that’s clearly not the case.

Although Labor Management Systems (LMSes) have existed and successfully paid their way for years – offering workforce savings of anywhere between 5 and 30 percent, depending upon whom you ask –  many companies still haven’t made widespread investments in them.

In certain cases, a low or non-existent LMS adoption rate is understandable (see sidebar). But in many others, it’s subject to debate, because many of the common arguments that companies have for holding off may not be as compelling or accurate as initially advertised.

The most common argument: “It’s too expensive.”

Unlike the rumors of Mark Twain’s death while he was still very much alive, the ones about the high expense of some LMSes are anything but exaggerated.

Many Tier One LMS options are indeed pricey, with final tabs totaling more than $1 million once the costs of implementation and support are added in. (And to their credit, they often offer impressive functionality that’s well worth it, which is why several of our company’s largest and most complex operations currently use them.)

However, that doesn’t mean there aren’t many other well-performing LMSes that may be just as capable of meeting most of your company’s initial objectives for considerably less. That’s what my company discovered when we decided to deploy LMSes at several of our facilities across the U.S. After carefully weighing our options, we selected a mid-range solution that had many if not all of the capabilities these facilities needed – and a friendlier price tag of less than six figures per facility. Thus far, that solution has proven to be highly effective.

With that in mind, don’t rule out the possibility of getting an LMS just because your company can’t or won’t bankroll one that’s top-tier right out of the gate. You may not need as many bells and whistles as you think, especially during the early years following implementation.

Another objection: “Our facility doesn’t have time to collect all of the essential information.”

Although gathering the kind of detailed performance data that an LMS requires can be akin to chopping up multiple onions for a barbecue sauce – essential but painful – it’s usually not necessary to start this process from scratch.

In fact, it’s highly likely that your facilities already have most of this information on hand, provided they keep transaction logs, use a WMS or have developed other kinds of line-item detail.

Admittedly, the information may not be in an LMS format. However, it can easily be tweaked via scripting that enables integration between your WMS and LMS of choice – or by using an LMS that’s part of your existing WMS. Plus, should your operations still have data gaps, it’s possible to fill them in via strategically placed data-entry kiosks.

The next objection: “Why do we need an LMS? We already have excellent measurement tools.”

LMSes clearly don’t have a monopoly on measuring and monitoring productive time. In fact, many food and grocery DCs clearly do a highly commendable job of this with the help of various reputable systems and process management techniques. However, unless these systems and techniques are especially advanced, they’re probably not capturing it at the granular level that an LMS would, which means your facility managers could be missing out on considerable precision. (Our LMS-enabled facility managers couldn’t praise this granularity or the additional insights it gave them highly enough.)

More important than that, most other systems and processes can’t measure a workforce’s unproductive time, and that’s something LMSes can do in spades. Considering that this time may represent as much as 15 percent per shift, it could open the door to countless previously untapped cost-cutting and efficiency-enhancing opportunities.

Another issue: “It won’t go over well with our workforce.”

It’s not difficult to understand why the thought of an LMS might cause ripples of pre-adoption anxiety.  But contrary to what you might think, LMS-related employee pushback isn’t inevitable – especially if your company is careful to avoid confusing the S in LMS with “surprise” or “strong-arm.”

Once our company decided LMS’s were a go at several of our facilities, we immediately began interacting with those facilities’ personnel about everything from what an LMS was and why it worked to how we’d be rolling it out at their operations. We also engaged the help of HR and communications professionals to make sure we were doing it in a diplomatic and people-centric way. Ultimately it played a huge role in ensuring that these personnel were fully prepared to support an LMS by the time it went live.

Although your employees will probably never want to do handsprings at the thought of additional scrutiny and supervision, a proactive approach to keeping them in the loop and the perspective of professionals who have strong people skills can make a world of positive difference. So can the promise (if sincere) of a formal gainsharing initiative that will eventually allow employees to be the beneficiaries of some of the improvements that an LMS yields.

Still another objection: “Considering everything, it seems like more trouble than it’s worth.”

Implementing an LMS isn’t a walk in the park. Among other things it takes considerable time, teamwork and brainpower – not to mention a fairly steady supply of Tums.

But ultimately those are small and predominantly temporary prices to pay in exchange for all the potential rewards: improved operations, better-running pick lines, more accurate budgeting, the enhanced ability to forecast day-to-day staffing, greater insights about which employees need mentoring and better morale, just to name a few.

I can honestly say that if company had it to do all over again, we’d do it again in a heartbeat, except this time we’d do it sooner. And I don’t believe we’re an anomaly.

So if your organization hasn’t considered an LMS lately, maybe it’s time to revisit the subject. Get some updated research. Request some system demos. Run some new ROI calculations. And see for yourself whether or not the reservations you once had about these robust systems still apply. You may discover that it still isn’t right for you. Or you may find out that it’s time to move forward. Either way, you’ll be glad you checked.

When An LMS Doesn’t Make Sense

Labor Management Systems are often synonymous with substantial efficiency. Yet that doesn’t mean these high-powered tools are the ideal match for every facility.

“Some warehouse operations are so small or simple that they wouldn’t really derive the huge benefit from an LMS that a larger, more multifaceted operation would,” advises logistics engineer Rajiv Saxena, Ph.D.

The same holds true with warehouses located in some of the world’s lower-cost markets: “If workforce expenses are already extremely low, shaving a percentage off isn’t likely to yield significant enough savings to merit the systems investment,” Saxena said.

Even operations that appear to be prime LMS candidates can occasionally prove to be problematic.

“LMS tools won’t work as well as they should unless they’re plugged into the right kind of people – those who have the willingness to commit to doing everything from inputs to analysis the right way without bending rules or cutting corners,” said Saxena. “If the commitment’s there, the sky is the limit.  If not, don’t be surprised if your facility’s results are on the bottom end of the savings spectrum.”

Featured In Food Logistics: The Flip Side Of LMS Objections