The Myth Of The Bad Employee

Most workers' comp claims are not fraudulent--but many employers believe otherwise. 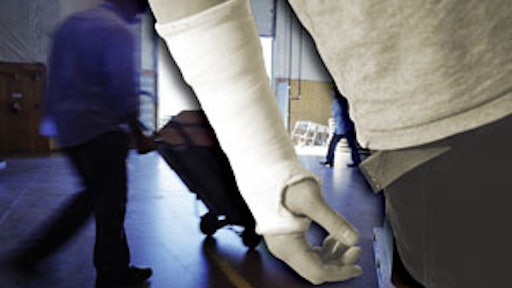 Many employers believe that bad or fraudulent employees drive up workers' compensation costs. When an employee is off on workers' comp for an extended period of time, it's not uncommon for an employer to say, "Tom was a model employee for many years. I can't believe he's milking the system. He should have been back to work weeks ago."

While the notion of abuse is widespread in the compensation system, particularly for such "invisible" injuries as strains and sprains, good employees are unjustly vilified. There's no evidence that honest employees abuse the system, rather it's the system itself that induces needless disability and high costs.

Fraudulent claims are those filed by employees who were never hurt and say they were or who were hurt outside of work and claim the injury to be work-related. They make for memorable anecdotes--the employee with the injured back who is seen on video salsa dancing--but, in reality, such claims are rare. Those that do occur are often the result of poor hiring choices, so by doing the proper background investigation before hiring, an employer can minimize the chances of fraud.

The biggest problem is workers who don't recover as soon as expected, not as a result of intentional malingering, but as a result of delayed recovery. This is a disability duration out of proportion to the severity of the injury or illness. For many, the injury begins as a common problem--a sprain, back injury or a slip and fall--that escalates into a prolonged or permanent withdrawal from the workforce.

Consider this hypothetical example. An employee is lifting a 50-pound package from a truck and injures his lower back. According to a study by Dr. Elizabeth McGlynn, RAND Health, Santa Monica, CA, the employee has only a one-in-three chance of receiving the proper diagnosis and care on the first medical visit when back pain is present.

A physician may order an MRI, prescribe muscle relaxants and narcotics for pain relief, when rest, over-the-counter pain relievers and return to work in modified duty may have been the proper treatment. With misdiagnoses, come excessive testing, unnecessary treatments, long delays in return to work and higher costs for the employer. Worse, there are unfortunate consequences for employees.

Employees may experience negative side effects from the drugs, lose muscle tone and develop atrophy and feel worse, rather than better. Although some workers will cope with the problem, others cannot. Representing a small percentage of the claims--six percent to seven percent--it is this group that accounts for a large percentage of costs. For them, the medical issues are further exacerbated by a myriad of social and psychological factors.

Injuries disrupt workers' daily lives. Even a minor injury may seem like a major occurrence because it is unfamiliar and frightening or it's occurred at a time when there is stress in the workers' lives. Employers often fail to inform employees about what to expect when an injury occurs, creating further anxiety.

Worried about how their co-workers perceive their injury, they quickly become socially isolated, lose their sense of productivity and purpose and sink into depression. Their ability to deal with the frustration and pain lessens and the magnitude of the injury becomes distorted. Yet, the system turns a blind eye and keeps treating them medically.

Prolonged absences then morph into a "disability attitude." Work defines a person's identity in a number of ways, including the self-respect that comes from earning a living. According to clinical psychologist, Dr. Kevin Gaffney, "With delayed recovery comes the issue of identity disturbance."

When that identity is taken away and the claim progresses beyond the expected medical recovery, injured employees begin to view themselves as disabled. The longer an employee stays away from the workplace, the more difficult it becomes to re-establish the discipline of being on the job eight hours a day. Once this disability attitude sets in, the motivation to return to work is compromised.

In fact, the longer workers stay away from the workplace, the less likely it is that they will return. Research confirms that there is only a 50 percent chance that an employee who has been absent for 12 weeks will return.

While injured workers need encouragement and nurturing, the employer's reaction--or lack of action--often aggravates the situation. Harboring feelings that injured employees are the "villains," the employer focuses on resolving the resulting production issues and has little or no contact with them.

The injured workers' sense of self worth spirals downward and distrust build. Litigation begins to look like the only alternative.

A report by the Chicago-based American College of Occupational and Environmental Medicine, Preventing Needless Work Disability by Helping People Stay Employed, notes that "only a small fraction of medically excused days off work is medically required--meaning work of any kind is medically contradicted. The remaining days off result from a variety of non-medical factors such as administrative delays of treatment and specialty referral, lack of transitional work, ineffective communications, lax management and logistic problems.

"These days off are based on non-medical decisions and are discretionary or unnecessary. Participants in the disability benefits system seem unaware that so much disability is not medically required. Absence from work is ‘excused' benefits are awarded based on a physician's confirmation that a medical condition exists."

Simply put, the claims become exaggerated when a worker gets hurt, gets frustrated, is not getting better and no one is talking to him. Eventually good workers slide into self-destructive behavior. Too many employers believe that these workers are malingerers, or crooks. Rarely do they recognize that the real threat is not the cost of the claim, but the loss of a valuable, competent employee who is unnecessarily out on disability that the system has regrettably created.

Each state varies in the maximum and minimum amounts required for weekly temporary disability benefits, as well as in how any permanent disability is determined.

In addition to the physical pain and the loss of their self-image, injured workers can face financial difficulties. No one who has been out on workers' comp has improved their life.

To avoid this debacle, early intervention is key. Employers need to understand that workers' compensation is not strictly a financial issue, but a people issue. Bringing injured employees back to work as soon as possible in a medically approved capacity is the cornerstone of preventing long-term disability. When the people component is managed well there will be better financial outcomes.