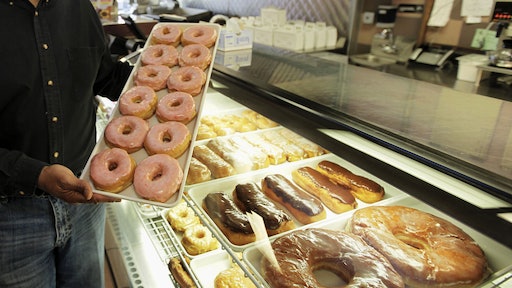 The Food and Drug Administration says Americans still eat about a gram of trans fat every day, and phasing it out could prevent 20,000 heart attacks and 7,000 deaths each year.

The Food and Drug Administration is expected to announce a de facto ban on artificial trans-fats as soon as Monday, a move the National Center for Public Policy Research, a self-described conservative think tank, strongly opposes.

"That's a horrible idea," said Jeff Stier, senior fellow and risk analysis division director at the organization. "In 2013, the FDA claimed that 'further reduction in the amount of trans-fat in the American diet could prevent an additional 20,000 heart attacks and 7,000 deaths from heart disease each year.'"

"Those claims were preposterous back then," said Stier. "They are even more far-removed from reality today, as markets responded to consumer demand and have already lowered the amount of trans-fat in food. The FDA's scary assumptions are based on wobbly models piled on top of wishful thinking and doused with junk science."

"In 2006, Americans ate more than four and a half grams of trans-fats daily, according to the Centers for Disease Control. In 2009, consumption was down to about a gram, and today, numbers are surely lower," Stier added. "Today, trans-fats are generally used at very low levels for specific purposes that are difficult or costly to replace. Used in sprinkles for ice cream, microwave popcorn and Red Lobster biscuits, the remaining trans-fats in the diet are there because they serve a specific function."

"For instance, trans-fats are stable for a longer period of time, so a ban on even the most narrow uses of trans-fats will undoubtedly lead to more expensive food and more food waste," said Stier.

The upcoming ban should be no surprise, since, as Stier warned last year, "If you liked Mayor Bloomberg's approach to controlling how New Yorkers eat, you are going to love what federal nutrition nannies are planning for the entire U.S. population. The top brass of Bloomberg's food police are now top health officials in the Obama administration. CDC Director Dr. Tom Frieden was the architect of New York City's trans-fat ban under Mayor Bloomberg."

"Hold onto your salt-shaker," said Stier, "there's more to come from this administration."

The National Center for Public Policy Research, founded in 1982, is a non-partisan, free-market, independent conservative think-tank. Ninety-four percent of its support comes from individuals, less than 4 percent from foundations, and less than 2 percent from corporations. It receives over 350,000 individual contributions a year from over 96,000 active recent contributors.