Crowdtesting enhances traditional QA programs by using thousands of QA professionals from a global network to run PC and mobile applications, chatbots, web portals and software-as-a-service options on every device and operating system. 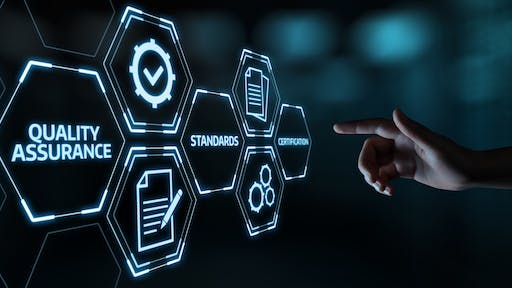 Software quality assurance (QA) programs, in the food industry as well as generally, are typically designed to test software based on the most common configurations in which it will be used. This approach essentially follows the 80/20 rule, which makes sense since those configurations represent the majority of the target audience.

There is, however, a big difference between testing for the majority of known users (which can be as small as 51%) and testing to ensure the software works properly on every platform and device, and in conjunction with every other application to which it may be connected. No matter how large and well-funded a QA operation may be, it can never account for everything. This gap can result in delayed deliveries, spoiled inventory and a lot of unhappy customers leaving low star ratings.

This is where crowdtesting can offer a huge advantage. Crowdtesting enhances traditional QA programs by using thousands of QA professionals from a global network to run PC and mobile applications, chatbots, web portals and software-as-a-service options on every device and operating system on which it will be used.

These missions will the find bugs in even the most obscure instances in just a few hours, days or weeks (depending on the urgency of the test) that an internal QA team would likely not have the resources or time to discover. As a result, the organization can rest assured that the application will work no matter where it is implemented throughout the food delivery ecosystem and which legacy technologies are used there.

While crowdtesting may sound similar to beta testing, the reality is they are two separate approaches. Perhaps the largest difference is beta testers tend to be users, many of whom are already fans of the software as well as technophiles, which means they like to run the latest and greatest software and operating systems on the latest and greatest devices. They will tend to test the existing features they prefer, along with new features, which can be a small subset of the overall application.

Crowdtesters are QA professionals who may not even be familiar with the current application. Their focus is on finding bugs. They leverage extensive knowledge to perform comprehensive tests across a wide variety of old and new platforms and devices. Crowdtesting teams can cover nearly every conceivable way to use the application, including many the internal QA team might have missed, to ensure bugs are identified and eliminated before they can affect the actual user experience.

Most beta users and internal QA teams will focus almost entirely on features and functionality when testing applications. Crowdtesters take an expanded approach that considers everything about the user experience. For example, they will catch whether type is mashed together on a particular mobile device, whether cells in charts are properly aligned, whether translations sound awkward or have missing words and similar issues. They will also use their in-depth experience to check for malfunctions that have been previously found in other applications.

Every minute the internal development team spends looking for bugs or other issues – especially the more obscure ones – is time the developers are not spending fixing previously identified bugs or improving functionality. Done correctly, crowdtesting can reduce the burden on your internal team, giving them time back to focus on correcting issues.

The number and availability of internal resources that can be dedicated to a testing project is often the biggest factor in determining how quickly it can be completed. As a result, executives in food logistics organizations must often decide between delaying release until testing can be completed or releasing applications that have not been thoroughly validated and hoping for the best.

Crowdtesting eliminates those compromises by enabling organizations to scale up the number of testers assigned to the mission on an as-needed basis. A process that might have taken several weeks or months can be reduced to a few days or a couple of weeks – or even a few hours, if necessary – to ensure an on-time launch with fewer (or ideally no) problems.

The team for each crowdtesting mission should be selected based on specific needs. For example, a company may have an application that will be used to manage the transport of cold food in North America, Europe and certain countries in the Middle East. An experienced crowdtesting vendor would select candidates who specialize in devices and operating systems used in those regions, and who understand the local languages and customs.

This approach ensures the organization is only paying for what is needed to supplement its own capabilities to thoroughly test the application rather than hiring more full-time staff. A good crowdtesting vendor will also typically supply you with a project manager to give clear instructions to the testers, enabling them to execute the mission more efficiently while eliminating the need for the internal QA team to manage this process.

Crowdtesting is most valuable when it is used as one component of a multifaceted approach to testing that also includes internal QA and external beta testers. It is an innovative QA solution that helps significantly increase coverage and reduce risk by ensuring a successful launch and a quality user experience in every situation.