As final rules continue to roll out, the food industry is raising questions about how the FDA will proceed with enforcement of the Food Safety Modernization Act. 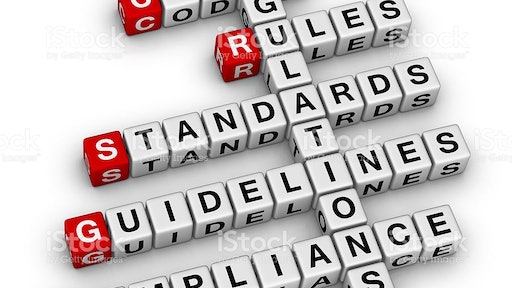 The substantial rules that comprise the U.S. Food and Drug Administration’s (FDA) Food Safety Modernization Act (FSMA) are not only a game-changer in terms of how the industry must adapt its procedures, operations and recordkeeping to ensure a safe food supply, but it also raises the stakes for penalties and fines that are associated with non-compliance of the FSMA’s rules.

To be fair, enforcement is still in the early stages as the FSMA continues to roll out. For instance, the final rule for the Sanitary Transport of Food (STD) was issued in April. For that reason, importers, shippers, transporters and others who are impacted by FSMA are understandably searching for reliable guidance as to how officials from the FDA and other state and federal agencies will proceed with respect to enforcement. However, legal experts and others say there are more unknowns than certainties.

Dr. Robert A. Norton, professor of veterinary microbiology, public health and biosecurity at Auburn University, assesses that, “FSMA is so new that everyone, both inside and outside of government, is struggling with it.” Interpretation of the law is difficult, he says, “Because we don’t have a lot of precedent.”

There also is no disputing, he adds, that the current administration is very different from the last. “There has not been sufficient time for the changes that may be made to be implemented. We also haven’t yet seen litigation or the appeals to know exactly where all this is going.”

However, Norton does expect that criminal prosecutions are likely to become more common. When asked about his thoughts on the deadly 2008-09 Salmonella outbreak blamed on Peanut Corporation of America, which resulted in federal prison terms for chief executive officer Stewart Parnell and several other senior executives, he agrees that these are examples of very aggressive prosecution that were initiated by the previous administration—something he is uncertain will continue as we move forward.

According to a conversation that Norton had with an employee of the U.S. Department of Agriculture’s (USDA) Food Safety Inspection Service (FSIS), staffing at both the FDA and USDA is “very much in a state of confusion.

“Many billets remain open. Coordination, or lack thereof, is being blamed on a poorly executed transition from both administrations,” he says.

Norton does expect the industry to see a gradual clarification of where enforcement of the FSMA is going in the next 12-18 months, “but certainly not a major clarification.

“What is accomplished will be entirely dependent upon how rapidly the empty leadership slots are eventually filled,” he continues. “The current administration is complaining loudly about impediments being put in front of nominations, which in turn impedes the pace at which the FSMA will be implemented and interpreted.”

Norton acknowledges that, putting all politics aside, the complaints do seem to be largely justified, as nominations have been made, but are not being reviewed or approved at the pace at which they were done previously.

He adds, “When asked, I tell everyone that we are unfortunately in a ‘wait and see’ mode. Lots of people are claiming to be FSMA experts, but honestly, there is no such animal. We will only know the details of the FSMA if the fullness of time.”

Indeed, there is even some evidence of discrepancies amongst FDA officials as to the interpretation and enforcement the FSMA.

Dr. David Acheson, founder and CEO of The Acheson Group, says there are field reports that suggest some inspectors are making incorrect interpretations of the FSMA. “I think there are definitely inspectors who are exerting the authority they have—their new authority—and being pushy about it.”

Presently, it’s a “mixed bag,” he says, explaining that some inspectors are proceeding more gently with regards to enforcement, while others have “suddenly realized they’ve been given a big stick, and they’re going to use it. So, it’s unpredictable and inconsistent.”

Nonetheless, Acheson says the prevailing attitude at the FDA with regards to FSMA is to “educate more than regulate.”

As for outreach to the trade community to help with education, the FDA has conducted events to raise awareness and understanding about the FSMA. But because they have a limited budget and staff, Acheson explains, overall the effort still misses a vast number of people.

There are online resources, including fact sheets, FAQs and guidance documents for the trade, he adds, but some are very lengthy and sometimes hard to understand. Trade associations and industry groups are another source of information, albeit sometimes limited.

Not surprisingly, the smaller companies and/or those that cannot afford to hire consults to help interpret the FSMA are at a disadvantage compared to larger firms with more financial and legal resources.

Unfortunately, “They just have to struggle with it [interpreting the FSMA] and hope for the best,” advises Acheson. “I do think it’s a gap, but it’s not an unexpected one and it’s not the result of malevolence or not caring. It frankly comes down to budget and lack of funding.”

As for how the FDA might utilize its staffing and resources to enforce the FSMA, it may be that the agency will implement risk-based programs to help them focus on companies and others that require greater scrutiny, while those that demonstrate high levels of compliance would be subject to less intervention.

For example, U.S. Customs and Border Protection’s C-TPAT (Customs-Trade Partnership Against Terrorism) program, launched in 2001, is a voluntary program that allows importers, carriers, customs brokers and manufacturers to become certified by CBP in exchange for being considered “low risk,” and therefore less likely to be targeted for an examination at a U.S. port of entry.

Similar to C-TPAT is the FDA’s Voluntary Qualified Importer Program (VQIP), which is a voluntary, fee-based program for the expedited review and importation of foods from importers who achieve and maintain a high level of control over the safety and security of their supply chains.

Acheson expects that FDA will continue to use risk-assessment tools to help prioritize inspections.

Meanwhile, Frank Ahern, corporate director of safety, health and environment for Burris Logistics, concurs that right now there are many unanswered questions regarding enforcement of the FSMA.

Nonetheless, it’s important for any company to stay proactive when it comes to compliance, he says, adding that Burris Logistics already had rigorous SOP’s in place to assure food safety, but was taking extra steps regarding record retention and conducting more internal audits more frequently.