The Farm Bill Goes “Back to the Future” 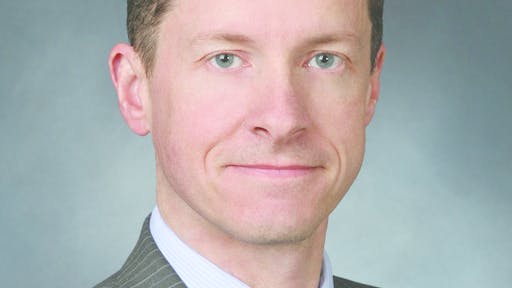 Kam Quarles is Director of Legislative Affairs for the firm of McDermott Will & Emery and focuses on food and agribusiness policy.

With the September 30th expiration of the current Farm Bill, core elements of our nation’s Farm Bill have reverted to 1940s policy. The economic impact of this trip back in time will roll out gradually as individual crops reach their harvest dates in 2013. When they do, the impact could echo across rural America and through our local grocery stores.

This situation has occurred due to the way in which our food and agriculture policy is structured. Every Farm Bill supersedes the 1940s policies which still remain on the books. Without the necessary agreement on a new Farm Bill or an extension, key provisions of U.S. food policy automatically reset to that previously existing “permanent law.”

If those antiquated provisions are allowed to fully take effect, their impact on agriculture spending will be striking. For example, the support price for wheat is estimated to rise from $2.94 per bushel today to a minimum of $13.13 under permanent law. Rice would rise from a support price of $6.50 cwt today to $20.15. Milk would move from its current indirect support price of $9.90 cwt to $37.28.[1]

These massive increases take place due to the elements of permanent law that intend to maintain present day “parity” for the purchasing power of a given commodity, with the years 1910-1914 being the original reference period. The prices mandated by parity are well above the recent market and effectively make USDA the purchaser of first choice.

This threat of reversion to permanent law has made previous Farm Bills relatively immune to extensions. In the last forty years, only the 2008 bill technically required an extension and despite the conventional wisdom that it is difficult to enact major legislation in election years, the last four Farm Bills were completed in them. Most recently, the 2008 bill was completed during a volatile and contentious Presidential election year.

Nevertheless, Congress has bowed to the pressures of the current election cycle and let the Farm Bill expire. Upon their post-election return to work for a “Lame Duck” session, one of their options is to complete work on a new bill. This would allow them to capture significant savings from the current programs ($23 billion in the Senate version vs. $35 billion in the House Agriculture Committee’s). Some of that savings comes from termination or reductions in programs that they view as politically difficult to defend given the current state of federal spending.

A separate option is to simply extend the current bill into 2013 and avoid the looming permanent law pain that will arrive with the first harvested commodities in the new crop year. However, if they choose that path, it will not be a simple undertaking.

The current Farm Bill maintains a variety of expiring provisions impacting energy, conservation, nutrition, horticulture and organic, rural development, trade and other titles. In order to maintain the bill at current levels, money will need to be found to continue these programs. Altogether, they are estimated to cost between $9-10 billion over the five year life of the bill. Additionally, it is highly unlikely that the budget picture for agriculture spending will improve if the bill is delayed well into 2013 or beyond.

From a political perspective, extending the current bill largely means maintaining the status quo. Therefore the policies that Congress found difficult to defend and therefore reformed or eliminated in the new versions of the Farm Bill would need to continue, at least in the short term. This may cause concerns for members who have been very public about the need to streamline the Farm Bill’s structure.

In short, it is not possible to avoid the issue of the Farm Bill in this contentious election year. A difficult vote must be taken either to reauthorize or extend this fundamental piece of our food policy, or large federal spending increases will trigger and affect the entire supply chain of farmers, rural lenders, suppliers, logistics providers and ultimately all of us at the grocery store.

The Senate and House Agriculture Committees have set a example for the rest of Congress in creating bipartisan bills to address the future of U.S. food and agriculture policy, and save billions of dollars in the process. Allowing them to rapidly move forward and complete their work is a positive step that will remove a cloud of uncertainty for the food supply chain and the country as a whole.

The outcome of the November election will likely determine how many issues will be fully considered during the extended “Lame Duck” session of Congress. Given the potential impact, there are major benefits for the country in ensuring that the Farm Bill is fully reauthorized, so that we do not remain mired in the 1940s.

Kam Quarles is Director of Legislative Affairs for the firm of McDermott Will & Emery and focuses on food and agribusiness policy.

Processing Produce at the Speed of Light