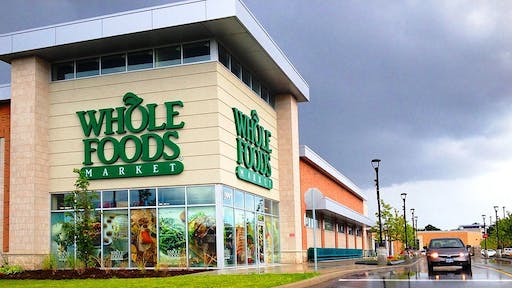 Wal-Mart could step in as a rival bidder for Whole Foods Market, JPMorgan analysts said, as shares of the grocery chain rose above the $42 price offered by Amazon earlier this month.

JPMorgan research analysts said in a note Thursday that Wal-Mart could be drawn to Whole Foods for its relatively wealthier customers and strong brand, not to mention the chance to thwart Amazon's ambitions. It is in a better position than other retailers such as Kroger, Costco or Target coming in over the top, the analysts said.

"We do think there is a chance that Walmart makes a bid," the report said. "WMT stands out as the only company in our coverage with the means and motive to counterbid, but the motive is ultimately more driven by a defensive strategy."

The analysts said if Wal-Mart does bid for Whole Foods it is unlikely to win "given Amazon's war chest of cash/stock and the value of the WFM platform to Amazon." Wal-Mart already has more than 20 percent market share of the grocery business, so Whole Foods isn't as strategically important to the retailer as it is for Amazon, they said.