Kraft announced a goodwill impairment charge of $15.4 billion in the fourth quarter, resulting in a net loss of $12.61 billion. 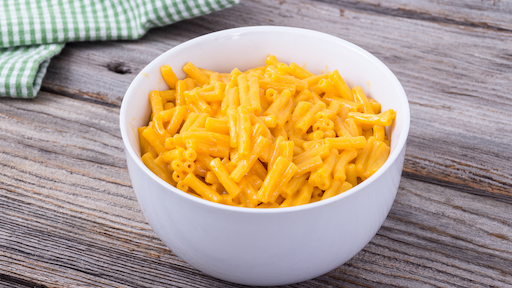 Doubts are starting to form on Wall Street after Kraft Heinz wrote down the value of its most popular Kraft and Oscar Mayer brands.

CNBC reports that Kraft announced a goodwill impairment charge of $15.4 billion in the fourth quarter, resulting in a net loss of $12.61 billion. Wall Street is worrying that if the company can't manage its staple brands, it may not be able to compete in the competitive grocery landscape.

Since Heinz acquired Kraft in 2015, the company has had to slash costs, CNBC reports. However, this cost-cutting may come at the expense of much needed investments to compete for today's consumer.

In addition to its low sales, Kraft also revealed its the subject of a Securities and Exchange Commission investigation. The company received a subpoena in October related to its accounting policies, procedures and internal controls related to procurement, CNBC reports.

After its announcement, shares dropped 27 percent, hitting a 52-week low of $35.

Multi-party networks make recalls more palatable by enabling everyone in the supply chain network to share relevant information in real time and avoid the devastating effects they can have on their customers, brand, and the economy.
James Curtis
December 30, 2019

As the digital economy continues to grow, IoT technology has transitioned from a futuristic idea to a tactical tool nearly any logistics company can implement in their supply chain.
December 20, 2019

Smithfield Foods is always looking for ways to make the path from farm to fork as close as possible.
Lara L. Sowinski
December 17, 2019

Criminal organizations are your second-most-likely adversary and their attack vector should not surprise you.
Robert A. Norton, Ph.D.
December 17, 2019

7 Technologies that Lead to High-Performance Logistics

Will EDIs or APIs Bring the Logistics Industry Back to the 21st Century?

It may be time to move beyond a technology developed when David Bowie peaked, and get into a boy-band frame of mind.
Chris Lankford
November 6, 2019

Permaculture’s whole systems approach is a template for the kind of holistic thinking that is required from us today.
Alexa Bernard
October 18, 2019

The Role of Labeling in the Cannabis Supply Chain

Winning With a Smarter Delivery Fleet

Food Chain Security: Getting Back to the Basics

Identify your most likely adversary and take the proper steps.
Robert A. Norton, Ph.D.
October 7, 2019

A New Age for Voice Picking

Voice-picking technology advances for greater efficiencies and comfort for the users.
October 7, 2019

White Claw became a victim of its own success after it went viral this summer, creating a product shortage.
Mackenna Moralez
October 1, 2019
Follow Us