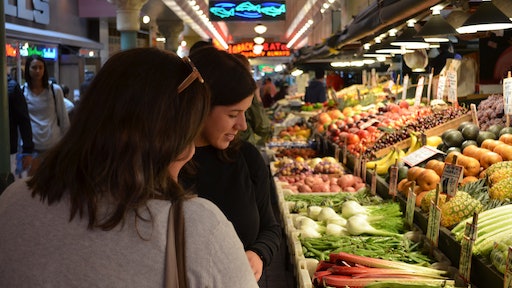 Despite more interest in online shopping during the COVID-19 pandemic, e-commerce grocery saw only a slight uptick in sales from new users this year, according to the TABS Analytics Annual Food and Beverage Consumables Study. Overall, online grocery transactions increased 15% year-over-year, as existing buyers made more frequent purchases, and smaller e-commerce retailers saw massive surges in new buyers. Walmart was one of the beneficiaries of the shift to online, as it overtook Amazon in share of transactions for the first time.

The study also revealed that consumer packaged goods categories now lead the consumer sector thanks to significant increases in purchase frequency and average pricing. The majority of the 15 food and beverage "consumables" categories that TABS Analytics tracks saw meaningful gains.

"Given the focus on online shopping as the nation navigated stay-at-home orders and quarantines during the COVID-19 crisis, we expected online grocery to see a massive upswing this year. But, in reality, that was not the case," says Dr. Kurt Jetta, executive chairman and founder of TABS Analytics. "Since e-commerce grocery has not succeeded in expanding the pool of buyers at a time when demand is expected to be greatest, it has become even clearer that this channel will never have the scale necessary to be profitable with the current business model. New, creative approaches are needed to address pricing and streamline the supply chain."

Other findings in the study include: