The company agreed to sell its U.S. confectionery for $2.8 billion in cash. 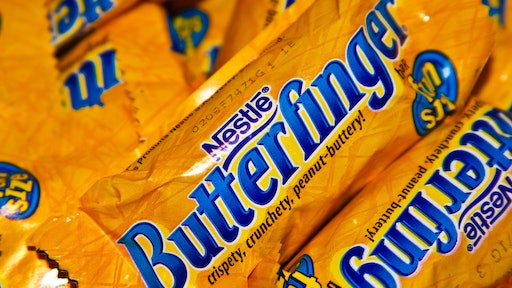 Nestlé announced that it agreed to sell its U.S. confectionery business to Ferrero for CHF 2.8 billion in cash. Nestlé's 2016 U.S. confectionery sales reached about CHF 900 million. The transaction is expected to close around the end of the first quarter of 2018 following the completion of customary approvals and closing conditions.

"With Ferrero we have found an exceptional home for our U.S. confectionery business where it will thrive. At the same time, this move allows Nestlé to invest and innovate across a range of categories where we see strong future growth and hold leadership positions, such as pet care, bottled water, coffee, frozen meals and infant nutrition," Nestlé CEO Mark Schneider said.

Nestlé's U.S. confectionery business represents about 3 percent of U.S. Nestlé Group sales. It includes popular local chocolate brands such as Butterfinger, Crunch and BabyRuth, as well as local sugar brands such as SweeTarts, LaffyTaffy, and Nerds.

The transaction covers the U.S. focused confectionery brands only and does not include Nestlé's iconic Toll House baking products. Nestlé remains fully committed to growing its leading international confectionery activities around the world, particularly its global brand KitKat.

With sales of CHF 26.7 billion in 2016, the U.S. is Nestlé's largest market. Nestlé products can be found in 97 percent of U.S. households under brands such as Purina, Coffee-Mate, Gerber and Stouffer's. The company employs 50,000 people in more than 120 locations across the U.S., including 77 factories and 10 R&D centers.

Ferrero is the Latest to Pledge Ethical and Sustainable Supply Chain