Regal Distributing moves on to its fourth generation, while others in the warehouse industry also shuffle management. 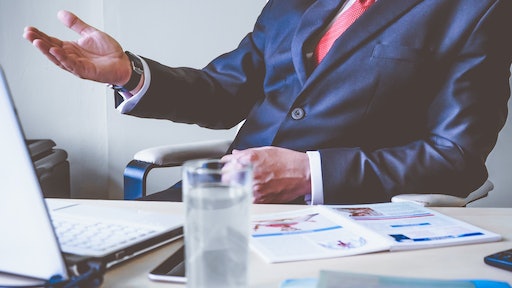 Pyott Does Not Seek Avery Lead Director Reelection After 10 Years

Avery Dennison Corporation will see a change in its board of directors following its shareholders meeting on April 23 as current lead independent director David Pyott chooses not to stand for reelection after more than 20 years on the board.

Pyott is looking to spend time in other directions after first stepping into the lead independent director position in 2010 and joining the board in 1999. Patrick Siewert will take over after the upcoming annual meeting. His position will be subject to reelection.

Siewert has been on Avery’s Board since 2005, currently holding the chair of the board’s audit and finance committee position. He is also the managing director and partner of the Carlyle Group.

Congruent with its 65th anniversary, Regal Distributing is looking to the fourth generation in leadership with Alex Kopulos as the latest CEO.

Kopulos succeeds his father, Greg Kopulos, who will remain in the company as co-chairman along with his brother Dean Kopulos. The two brothers still own the company, but are passing on CEO duties to the younger generation.

Most recently, Alex Kopulos was the senior vice president of Regal Distributing. He originally joined the company in 2007.

Greg and Dean Kopulos’s father started Regal Distributing in 1955, along with the boys’ uncle.

Dan Lorenz Drops Vice from His Title, Promoted to President

Previous Wildeck vice president of operations Dan Lorenz has moved up to president of the organization. He’s been with Wildeck for almost two years but has been in manufacturing for 25 years.

Lorenz is immediately stepping into the role of president but will continue his duties as vice president as Wildeck searches for his replacement.

Industrial distributor Turtle & Hughes has selected three new vice presidents to move up from their positions as branch managers.

Brian Fitzgerald, Jeff Smith and John Donohue have all been appointed as vice presidents of their respective branches. Fitzgerald, working in Bridgewater, NJ and New York, is known for doubling the New York branch’s sales in five years and has been with the company since the start of his career.

Donohue has managed Turtle & Hughe’s Levittown, PA location for three years, which services Philadelphia. Prior to joining the electric company in 2015, he worked in sales at Valley Power Lighting Center for more than 10 years.