Demand for American-made cheese is falling behind supply as the country is currently facing a surplus of 1.4 billion pounds of cheese. 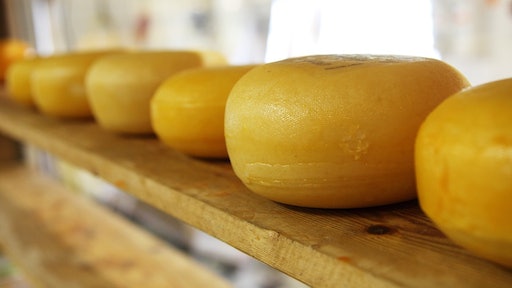 Demand for American-made cheese is falling behind supply as the country is currently facing a surplus of 1.4 billion pounds of cheese.

The Guardian reports that cheeses are stockpiling in cold storage waiting to be used. However, the low demand can be linked to lower dairy consumption and growing popularity in veganism.

Farmers have had to produce more milk as demand decreases, causing the price to drop and farmers receiving less per gallon produced. Cheese production helps farmers use up the milk they can't sell, but even though cheese production has grown in the last five years, Americans are still eating less of it.

Healthy eating habits are forcing Americans to stray away from processed cheeses, and many restaurants are switching up their cheese preferences, The Guardian reports. Sales of processed cheeses are expected to drop 1.6 percent this year for the fourth year in a row.

88 Million Pounds of Cheese to be Sold Before the Superbowl

Placing the responsibility for all warehouse locations in the hands of a single third-party service provider can be risky. Here’s why vendor diversification is particularly valuable in warehouse services.
Merit Logistics
September 15, 2021