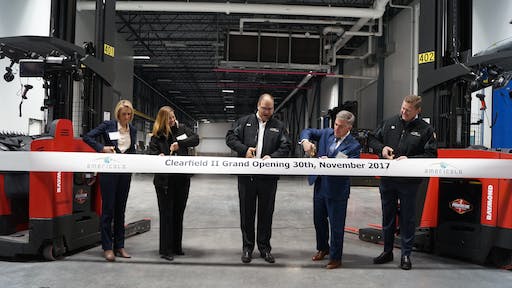 Americold, a provider of temperature-controlled warehousing and logistics to the food industry, recently opened a new addition to its Clearfield, Utah, campus. The new building adds more than 9.5 million cubic feet of temperature-controlled warehouse space, bringing the total capacity of the campus to nearly 21 million cubic feet.

Together with its neighboring Salt Lake City facility, Americold’s Clearfield footprint significantly extends the company’s market leadership in northern Utah to greater than 50 percent of total temperature-controlled warehouse capacity—more than triple of its nearest local competitor.

“This is the first grand opening of the three U.S. facilities for which we’ve broken ground this year,” said Fred Boehler, president and CEO of Americold, in a news release. “It’s amazing to see the hard work of the local community, our contractors and suppliers and our Americold team paying off with the opening of this much-needed operation.”

The new facility features innovative technologies that eradicate the need for a large engine room and on-site ammonia storage, but still offers customers adjustable temperature zones down to -20°F along with refrigerated docks. Once fully operational, the campus will employ more than 120 associates in full- and part-time positions.

“Clearfield recognizes the value Americold brings to the city,” said Clearfield Mayor Mark Shepherd. “This expansion signifies a continuation of a strong partnership with Americold, as well as the beginning of new growth and vitality within the city. It is great to see business not only come to Clearfield, but to thrive in Clearfield.”

The Clearfield Campus is Americold’s gateway for distribution to the U.S. West Coast. The operation is one of five designated National Consolidation Centers that form Americold’s coast-to-coast distribution network.  Customers can deliver to any of Americold’s National Consolidation Center gateways, consolidate less-than- truckload volumes with other products for the same destinations, and benefit from scheduled deliveries to almost every food service provider and food retailer in the country. This approach has huge cost saving implications, providing advantages to large national and multinational food and beverage industry organizations, as well as new startups.

“We congratulate Americold on the completion of its facility expansion,” said Theresa Foxley, president and CEO of The Economic Development Corporation of Utah. “We look forward to the positive impact this expansion will have on Clearfield City and Davis County.” 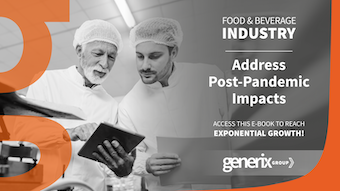