The acquisition of Hall’s and the expansion projects will be funded with a combination of proceeds from recent equity offerings and debt private placements. 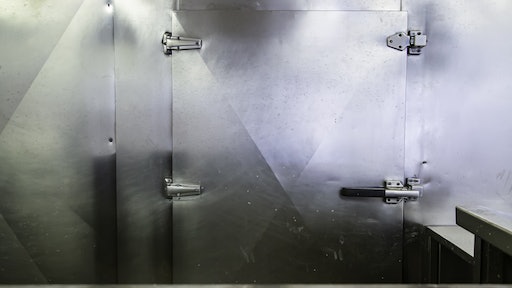 Americold Realty Trust announced that it has acquired South Plainfield, New Jersey-based Hall’s Warehouse Corporation (“Hall’s”) for $480 million. Americold also announced two expansion projects, including a build-to-suit expansion in Arkansas for a top tier customer and an expansion of the Company’s existing Calgary facility, which was acquired earlier in the year with the acquisition of Nova Cold, for $84 million and $11 million, respectively. The acquisition of Hall’s and the expansion projects will be funded with a combination of proceeds from recent equity offerings and debt private placements.

“We are excited to expand our operating footprint in the Northeastern United States and advance two development opportunities, which enhance our ability to serve current and new customers while strengthening our network in North America. Through the Hall’s acquisition, we have acquired a fully integrated portfolio of high-quality facilities located near the Port of Newark. This portfolio complements our growing scale in a key market that is located within one day’s drive of approximately 30% of the population in the United States,” stated Fred Boehler, President and Chief Executive Officer of Americold Realty Trust.

Mr. Boehler continued, “The Russellville, Arkansas highly automated expansion is an opportunity to provide mission critical, long term infrastructure for Conagra Brands, a top tier strategic customer and one of North America's leading branded food companies. With the Calgary expansion project, we will add scale in an existing market that is currently at capacity, helping us realize the embedded growth opportunities that were underwritten at the time of the acquisition of Nova Cold. 2020 has been an important year of growth for our company. Today’s announcement underscores our commitment to ongoing disciplined and profitable growth to create further value for our shareholders and other stakeholders while meeting increasing temperature-controlled storage demand around the world.”

The Hall’s Warehouse Corporation portfolio consists of eight facilities in Northern New Jersey, totaling 58 million cubic feet and 200,000 pallet positions. This fully integrated portfolio serves 220 customers and is 95% occupied. All facilities are located within 15 miles of each other and 30 miles from the Port of Newark. Five of the facilities are owned, with the remainder leased, and the portfolio is complementary to Americold’s current and growing footprint in the Pennsylvania and New Jersey markets. Hall’s also provides transportation services that support its warehouse customers. This acquisition, which closed on November 2, 2020, is immediately accretive on a leverage neutral basis and the Company’s investment represents an in place net entry NOI yield of 6.3%.

Bill Jayne III, Owner and President of Hall’s, added, “The Jayne family founded Hall’s over 55 years ago with the core belief that an unwavering focus on customer service provides the foundation for long term growth and success. We are pleased to entrust our legacy to Americold and are confident that this acquisition will provide enhanced opportunities for our customers and associates.”

The Company’s expansion project in Russellville, Arkansas will increase the capacity of its existing production advantaged facility by approximately 13 million cubic feet and 42,000 pallet positions for an expected total cost of $84 million. The highly automated facility will be a dedicated build for Conagra Brands. Concurrent with the project, Conagra will be on a fixed commitment pricing structure for a 20-year term. Americold expects to begin construction by the end of 2020, with a targeted completion date by the end of 2022.

The facility Americold plans to expand in Calgary, Canada was acquired as part of the Company’s acquisition of Nova Cold Logistics earlier this year. The expansion will add 2 million cubic feet and 7,000 pallet positions to the Company’s existing conventional facility in Calgary, currently the largest cold storage facility in Western Canada, for approximately $15 million CAD, or $11 million US dollars. The Calgary cold storage market serves a population of approximately 1.5 million people and is currently at capacity. Americold has a diverse mix of existing customers there, and new customers in its pipeline. The Company expects to begin construction immediately, with a targeted completion date by the end of 2021.

The Company anticipates that the returns on both expansion projects will be consistent with the Company’s stated return expectations for such projects upon stabilization.