According to the analysis, the U.S. city with the largest increase in average road speeds was found to be New York City, moving from an average speed of 17.5 mph to an average of 21.0 mph--a 20% increase. 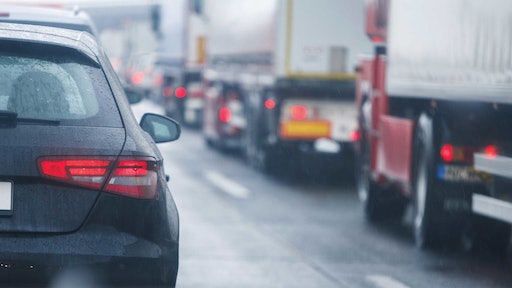 New data insights from Geotab highlight the impact that the Coronavirus disease (COVID-19) has had on commercial vehicle activity in seven major U.S. cities. The data, which is processed from more than 2 million Geotab connected vehicles worldwide, shows an increase in average commercial vehicle speeds and a reduction in time spent at intersections compared to averages from Feb. 22-March 15, indicating reduced congestion in these cities following regional stay-at-home orders.

“Now more than ever, commercial vehicle drivers are tasked with moving essential goods across the country to help ensure that U.S. citizens have access to necessities like groceries, toiletries and more,” says Mike Branch, vice president of data and analytics at Geotab. “Through our analysis, we have seen a noticeable decrease in traffic congestion based on average speeds and time spent at intersections. This means that with less traffic on the roads, commercial vehicles are able to travel through typically congested major cities in a more efficient way, allowing these essential drivers to get where they are going quicker.”

“Examining connected car datasets at the city level helps provide some clarity and understanding about what is happening in our communities during unprecedented times such as this,” adds Branch. “As citizens across both the U.S. and the world continue to stay home, our support for frontline essential workers continues to be of the utmost importance.”