The St. Louis Regional Freightway has compiled a summary of the major developments over the past year that elevated its status as a world-class freight hub. 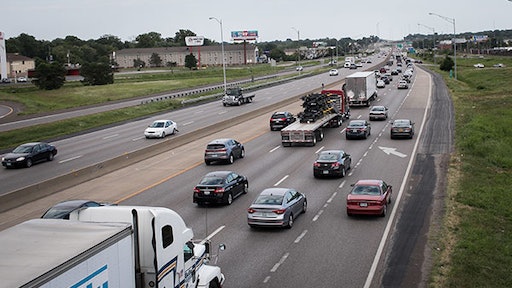 As the final days of 2019 approach, the St. Louis Regional Freightway has compiled a summary of the major developments over the past year that either elevated the St. Louis region’s global status as a world-class freight hub or will help to advance the region’s position as the country’s freight nexus in the year ahead.

“From mega projects breaking ground and global companies choosing to invest here, to newly formed partnerships that strengthen the bi-state region’s role in national and global supply chains, there was much to be excited about in 2019,” said Mary Lamie, Executive Vice President of Multi-Modal Enterprises for Bi-State Development, which oversees the St. Louis Regional Freightway as one of its enterprises. “Even more exciting, however, is the potential future positive impact we expect on our region in the wake of all that occurred over the past 12 months.”

While Lamie notes there were dozens of announcements or developments that contribute to the organization’s optimism for the future, the St. Louis Regional Freightway narrowed its list to focus in on just a sampling of the most significant that relate to the region’s freight network or infrastructure. Following is a look at some of the highlights:

It is difficult to tally up every infrastructure project that was funded or under construction in 2019, but based on the St. Louis Regional Freightway’s tracking, more than $1 billion in critical projects are moving forward. These projects have been identified as priorities for the St. Louis region by business and industry leaders in the private sector, in addition to local and state officials, the Missouri and Illinois Departments of Transportation (DOT) and the East-West Gateway Council of Governments Board of Directors. These projects are supported by combination of state and federal funding and private investment and include:

The St. Louis region’s industrial sector continued to shine in 2019, with new data underscoring the dramatic recent growth being fueled by the availability of space and speed of delivery, an available, job-ready workforce, and exceptional freight assets. Examples include:

Since 2015, the St. Louis Regional Freightway has been elevating awareness of the region’s incredible freight assets, which include being home to one of America’s largest inland ports with the northern most ice-free and lock-free access on the Mississippi River to and from the Gulf; four interstates with national access; five airports with capacity, and six Class I railroads. As the region continues to move up in key rakings and distinguish itself based on other unique factors, it garnered nearly $518,000 in local, regional and national media coverage during the calendar year.

Bayer’s $60 billion merger with Monsanto in 2018 made Missouri the number one state in the nation for Foreign Direct Investment; and 2019 saw additional commitments from Bayer and other global companies and growing domestic firms on track to have an impact globally.

“The level of cooperation and commitment from this region that includes two states and over 15 counties is unprecedented and is contributing to many of the successes the region enjoyed in 2019,” said Lamie. “It will play a key role in continuing to attract investment, as well as other forward thinkers and businesses to our region and will support our quest to continue to grow the St. Louis region as a global freight hub.”