The funds will help support the development of a new container gate complex at the Port of Wilmington, as part of an overall five-year $200 million container yard expansion plan. 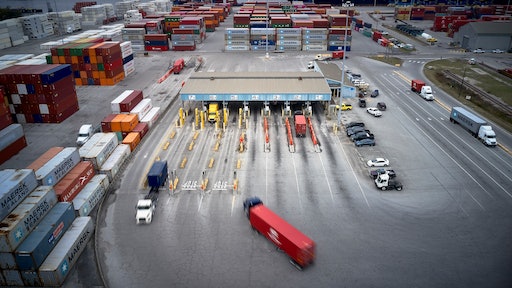 The North Carolina State Ports Authority received a $16 million grant for infrastructure improvements at the Port of Wilmington. The grant was awarded by the United States Department of Transportation (USDOT) through the Maritime Administration’s (MARAD) Port Infrastructure Development Program.

“This grant is the largest individual grant awarded to North Carolina Ports to date,” said Brian E. Clark, Chief Operating Officer, North Carolina Ports. “We are thrilled to receive this grant which will support critical infrastructure projects that will further enable NC Ports and the Port of Wilmington to meet growing volumes and customer demand.”

As part of the project, the Ports Authority will also implement new terminal operating and gate operating systems which will aid in the efficiency of the Port of Wilmington’s container yard and container gate. The new truck gate interchange will feature technologies to improve safety and efficiency including optical character recognition, weigh in motion scales, and radio frequency identification that will allow trucks to move through the gate without stopping.

“Improving the container gate has long been part of our infrastructure improvements plan at the Port of Wilmington. We recognized early on the need for a more modern gate. Our terminal in Wilmington is known for its fast truck turn times and this modern complex will help us maintain the speed our customers expect,” added Clark.