Authorities are saying that it is one of the largest drug busts in history. 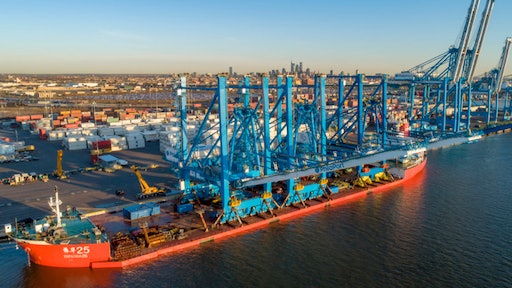 Over $1 billion worth of cocaine was seized from a ship at the port of Philadelphia on Tuesday. U.S. authorities are claiming it to be one of the largest drug busts in American history.

Law enforcement agents reportedly seized 16.5 tons of cocaine at the Packer Marine Terminal. Members of the crew were arrested and are now facing federal charges.

This is one of the largest drug seizures in United States history. This amount of cocaine could kill millions – MILLIONS – of people. My Office is committed to keeping our borders secure and streets safe from deadly narcotics. https://t.co/nWPfgpGqYa

This is just the latest of a series of large drugs busts that have occurred at the port. In March, 1,185 pounds of cocaine - worth about $38 million - was found, making the city's largest confiscation in more than 20 years at the time.

The ship, named MSC Gayane, reportedly sails under the flag of Liberia and arrived in Philadelphia after 5 a.m. Monday.