Maersk Scales Back on Profit Forecast

A.P. Moeller-Maersk suggested that its earnings will be weaker than expected due to rising fuel prices, soft freight rates and escalating trade tensions. 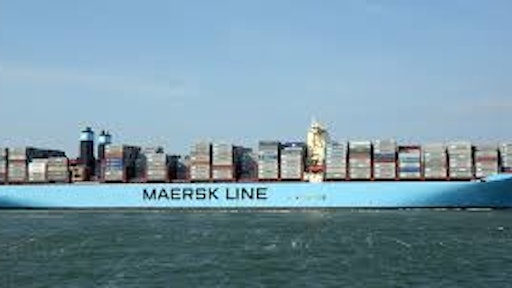 A.P. Moeller-Maersk suggested that its earnings will be weaker than expected due to rising fuel prices, soft freight rates and escalating trade tensions. The company says its core profit this year will come in at $3.5 billion to $4.2 billion. After Maersk made its announcement, its shares dropped 6 percent in Copenhagen trading.

The shipper's profit was hit by a 28 percent increase in its fuel bill and a 1.2 percent decline in average freight rates, the Wall Street Journal reports.

Maersk previously expected an underlying annual profit about the $365 million booked last year, the Wall Street Journal reports. However, growing uncertainties from trade tensions are weighing on its results.

As of recently, container shipping prices have been trending upwards, particularly on trade from Asia to North America, but prices for trade between Asia and Europe, and important part of Maersk's network, are down from a year ago.

The Wall Street Journal reports that the latest round of tariffs is expected to have a small impact on Maersk, but continued escalation could result in severe consequences.