Nearly 70 percent of the spending will be focused on modernization and other construction projects. 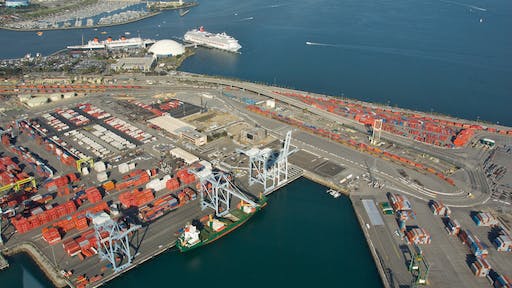 Port Technology reports that the Long Beach Board of Harbor Commissioners approved a $982 million budget for the port's upcoming fiscal year. Nearly 70 percent of the spending will be focused on modernization and other construction projects.

Starting on October 1, the department will spend $695 million on projects including the Gerald Desmond Bridge Replacement and Middle Harbor terminal Redevelopment at a total cost of $333 million, Port Technology reports.

The new budget reflects on the port's planning as it tries to engage the most active capital improvement program of any US port.

The spending plan has also budgeted in $215 million for the port's new headquarters, aiming for a completion date of mid-2019, Port Technology reports.

According to the publication, the Harbor Department doesn't receive taxpayer revenue to operate. The port's budget is funded by income from terminal leases and fees for moving cargo throughout the port.

Once the Harbor Commission approves the budget it will move to the Long Beach City Council for consideration.