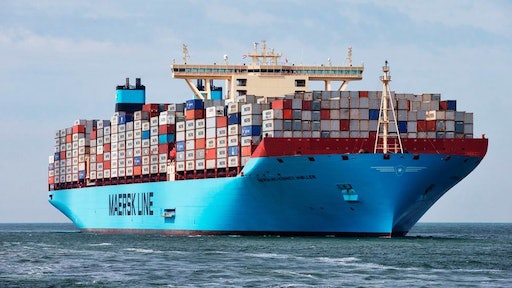 Maersk Line, the world's biggest container shipper, has decided to stop services to and from 10 ports in China as part of a drive to reduce costs, according to Reuters.

Maersk Line, a unit of Danish conglomerate A. P. Moller-Maersk, has, like other container shipping companies, been hit by historically low freight rates in the first half of this year due to a slowdown in global growth and many new, larger vessels being added to the market.

The ports are currently served by feeder vessels that move goods to larger ports where mega-vessels with capacity of up to 20,000 20-foot containers take over and transport the goods to ports mostly in Europe and the United States.

The current low in carrier rates favors shippers, making it a good time for food manufacturers to expand into oversea markets. 8-10-16 By Elliot Maras