The Suez Canal may still have an advantage over the Panama Canal in terms of the time taken to transport cargo, especially with the recent news that it will be offering more competitive tolls for ships. 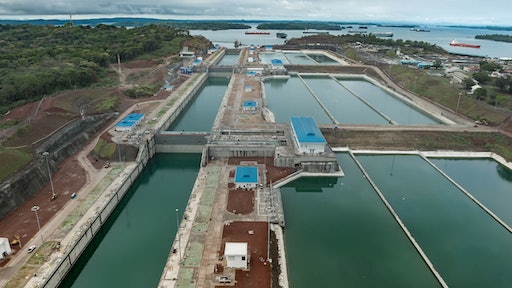 The opening of the expanded Panama Canal is likely to create a significant shift in regional shipping networks, particularly with regards to the size and frequency of ships coming into the US East and Gulf Coast ports.

The opening of the expanded Panama Canal is likely to create a significant shift in regional shipping networks, particularly with regards to the size and frequency of ships coming into the US East and Gulf Coast ports, according to Port Technology. However, the wider picture indicates much more significant issues, such as those relating to risk and insurance.

“The lucrative Asia-U.S. East-Coast market,” according to Hercules Haralambides, professor of economics at Erasmus University Rotterdam, “is increasingly served through the Suez Canal which has also expanded its capacity recently. To that effect, new hubs have been developed in the Mediterranean, such as Tangiers in Morocco, allowing transshipment to West Africa, while ships continue their trip over the Atlantic to the USEC.

Would the two canals compete or cooperate? Haralambides is keeping an inquisitive eye on this, particularly after the recent signing of a memorandum of understanding between the two canal administrations.”

The Suez Canal may still have an advantage over the Panama Canal in terms of the time taken to transport cargo, especially with the recent news that it will be offering more competitive tolls for ships, as well as being able to handle the world’s largest ships, however, it was previously stated that the advantage depends on the size of ships traversing either route, since it would be more efficient to transport larger amounts of cargo along the Suez Canal, instead of less TEU along the Panama route, particularly if this is a typical Asia-USEC service.

Editor's Insight: This report includes an analysis of how the expanded Panama Canal will impact traffic to U.S. ports. It indicates that more traffic will flow to both the East and West ports, as ports on both coasts are capable of handling larger vessels.

Over the next 12 to 18 months, traditional Panamax units are likely to be phased-out of trans-Pacific services and replaced by units of 8,000 TEU or more, according to Jonathan Paul Roach, Container Market Analyst at Braemer ACM Shipbroking. The change in port activity long-term remains an uncertainty. 6-22-16 By Elliot Maras