While there’s little doubt transshipment activity through Panama will grow strongly once the expansion is completed, not everyone in the temperature-controlled logistics industry believes the subsequent shifts in trade patterns will bring new business. 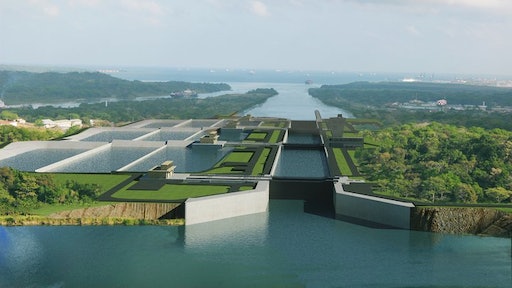 The $5.25 billion Panama Canal expansion project, when completed and operational in 2016, will add a deeper and wider third lane and a new system of locks to accommodate the new massive vessels that steamship lines are increasingly deploying, according to the Global Cold Chain Alliance.

Developments surrounding this project are of great interest to companies involved in the cold chain. Many handle products that that are shipped in refrigerated containers on vessels navigating the Panama Canal.

And while there’s little doubt transshipment activity through Panama will grow strongly once the expansion of the Panama Canal is completed, not everyone in the temperature-controlled logistics industry believes the subsequent shifts in trade patterns will bring an increase in new business. Presented here are different perspectives of the debate over who will be impacted by the expanded Canal.

Argelis Moreno de Ducreux, senior specialist, liner services segment, and executive vice president for planning and business development at the Panama Canal Authority (APC), tells Cold Facts that when the third lane opens, ships as long as 1,200 feet, up to 160 feet wide, and with draft as deep as 50 feet—better known as post-Panamax ships— will be able to transit.

“Current and new shipping sectors are going to be able to take advantage of the economies of scale resulting from the bigger vessels,” he said. “A post-Panamax vessel will move twice, and even triple, the amount of cargo that is allowed today.”