U.S. ports continue to update infrastructure to support the growth in imports of fresh fruits and vegetables. 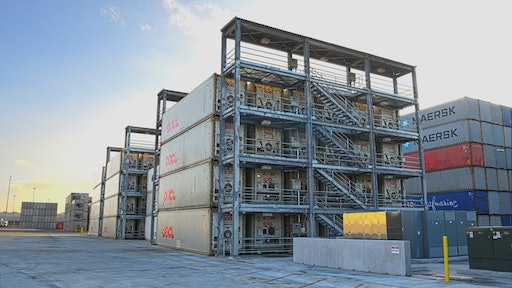 It seems like every month is record breaking at many of the United States’ niche and major box ports. In fact, imports at major U.S. retail container ports set three new records this summer as retailers rushed to bring goods into the country ahead of China’s retaliatory tariffs, which took effect July 6, according to the monthly Global Port Tracker report released by the National Retail Federation (NRF) and Hackett Associates.

Ports covered by Global Port Tracker—which include Los Angeles/Long Beach, Oakland, Seattle Tacoma, New York/New Jersey, Port of Virginia, Charleston, Savannah, Port Everglades, Miami, Jacksonville and Houston—handled 1.9 million TEUs in July, the latest month for which after-the-fact numbers are available. That was up 2.8 percent from June and up 5.6 percent year over year.

While there are many factors contributing to this trend, it is thanks in part to increased demand for fresh foods like exotic fruits and vegetables often produced by foreign farms. According to data from the United States Department of Agriculture’s (USDA) Economic Research Service, more than half of the fresh fruit and almost a third of the fresh vegetables Americans buy now come from other countries. In fact, the proportion of the imported fresh fruit eaten in the United States rose to 53.1 percent in 2016, from 23 percent in 1975, according to the USDA’s Economic Research Service, and fresh vegetable imports rose to 31.1 percent from 5.8 percent.

The increased globalization of the produce industry is a result of a number of factors. For one, in many U.S. states, fresh produce is only available a few months of the year. The USDA has also made imported perishables more accessible over the last two decades with the issuance of new rules that allow more crops to be imported from certain countries. Previously specific crops would not have been approved for import because they might introduce invasive pests and diseases, but new innovative systems and technologies can now help to mitigate those risks.

The USDA projects the trend will only continue to rise, with fresh produce imports rising 45 percent from 2016 to 2027, according to a recent report, USDA Agricultural Projections to 2027.

But as we know, transporting these foods from foreign to American soil is no easy feat. Thus, many ports have taken note and are making big investments in infrastructure, such as on-dock cold storage and rail links, that will be key to beneficial cargo owners (BCO) and their perishable cargoes—and will further support the changing demands of the global food supply chain.

Through steady investment over a period of years, the Georgia Ports Authority (GPA) has established what GPA Executive Director Griff Lynch says is the most extensive on-terminal refrigerated cargo infrastructure on the U.S. East Coast. 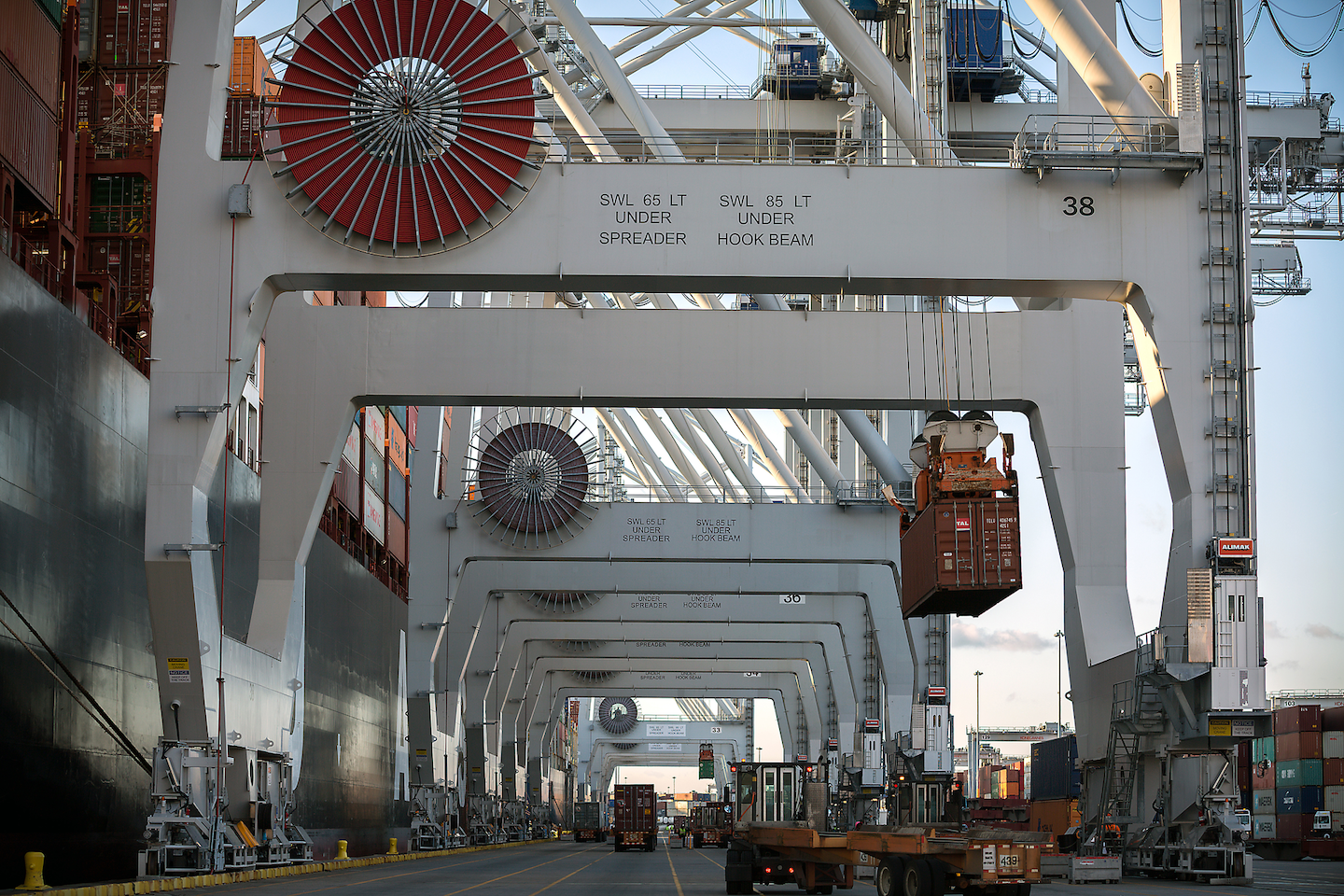 The major Savannah-area is also home to several cold storage facilities, including:

“Savannah’s extensive capacity for chilled and frozen cargo has helped the port become the busiest import-export terminal in the Southeast for refrigerated containers,” says Lynch.

Savannah’s location also plays a pivotal role in its success. Currently, the Port of Savannah handles cold-treated produce from Peru, Uruguay and Argentina.

Also of benefit to BCOs is Savannah’s on-terminal inspection offices for U.S. Customs & Border Protection (USCBP) and the Department of Agriculture (USDA), which Lynch says speed the inspection process for chilled cargo.

He further notes that GPA is currently working with USDA and USCBP to expand the number of commodities and countries that can use Savannah as a port of entry. Blueberries are the latest addition to its expanding portfolio, which now includes imported mangos, citrus, grapes, avocados, bananas, apples and pears.

“Through reliable operations and efficient and timely inspections of perishable products, GPA is establishing Savannah as a new gateway to the U.S. Southeast for perishable cargo,” Lynch concludes.

Port of Tampa Bay Aims for Gateway to the Midwest

The Port of Tampa Bay recently completed the first phase of a new 135,000-square-foot on-dock cold storage facility that it hopes will connect the U.S. Midwest to Tampa.

The facility, operated by Port Logistics Refrigerated Services (PLRS), is part of a planned multi-phased expansion that will include additional refrigerated and dry storage capacity for trans-loading, storage, packaging and distribution of food and beverage products, as well as an on-dock rail trans-load terminal to offer express service to the Midwest.

Features of the first phase include:

According to Rick Sharp, chief operating officer and vice president of development for PLRS, the next phase is to build a food campus that is served by rail with the ability to handle unit trains of perishables.

“We feel strongly that we can connect the Midwest to Tampa and offer our customers tremendous savings in total supply chain costs,” Sharp says. 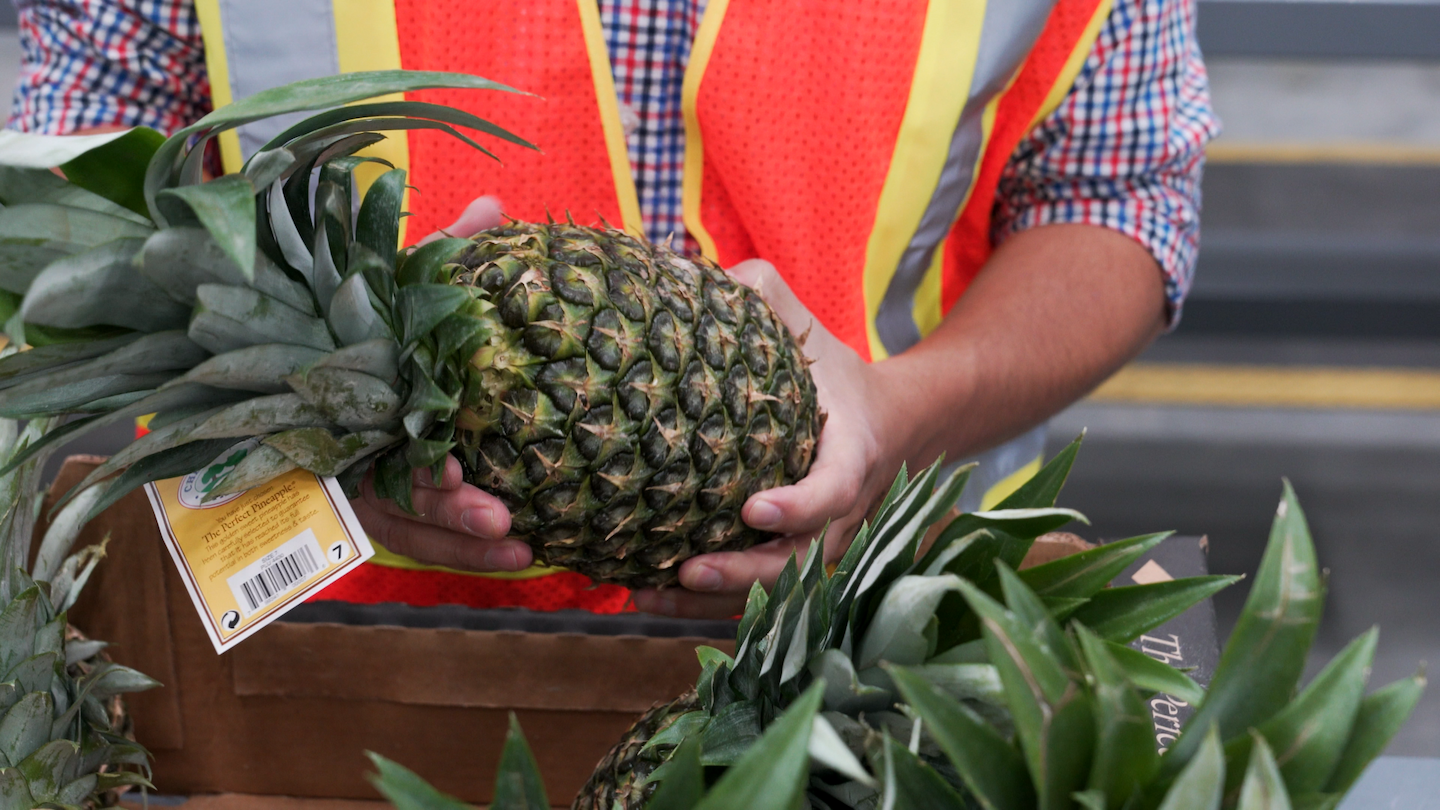 In addition, the Port of Tampa Bay is also seeing an increase in trade with Mexico as a result of the expansion.

“Because of inflated fuel prices in Mexico and the new electronic log restrictions in the United States, growers and shippers are looking more to ocean transportation than they have for years, and we see this trend continuing to grow,” says Sharp. “With only a three-day transit from most Mexican ports, we can provide savings for customers delivering into the Florida and Southeast markets.”

The expansion also led to another significant achievement in February, when the port received its first shipment of bananas in almost 30 years. Growth in fruit imports has further increased since then, with the port currently moving Malanga Coco, limes and mangos through the facility from Mexico, and in late September, it received pineapples from Costa Rica.

Port of Charleston Gets Serious About Fruits and Vegetables

The majority of fruit and vegetable imports coming into the East Coast have traditionally been routed via Northeast ports, such as PhilaPort, the Port of New York and New Jersey and PortMiami. However, the Southeast has quickly become the fastest growing region for imports in the United States.

The size of vessels coming to the Southeast also continues to increase. Vessels with 14,000 to 15,000 TEU capacity regularly make calls on the East Coast, and the Port of Charleston anticipates handling 18,000 TEU vessels within the next 6-12 months.

“We’ve seen significant growth of our cold chain business in recent years, supported by the expansion of local private blast freezing and cold storage capacity,” says Erin Dhand, manager, corporate communications and community affairs at the South Carolina Ports Authority (SCSPA). “Barring any unforeseen market impacts, we expect growth to be on par with the last few years and will continue to outpace reefer growth across South Atlantic ports. We’re working to grow import fruits and veggies, as well as export protein volumes, and targeting additional investments in local cold storage capacity to meet that growth.”

In terms of on-terminal infrastructure, Dhand says the Port of Charleston invested in eight reefer racks at the Wando Welch Terminal and approximately 1,800 total reefer plugs between Wando and North Charleston Terminals. 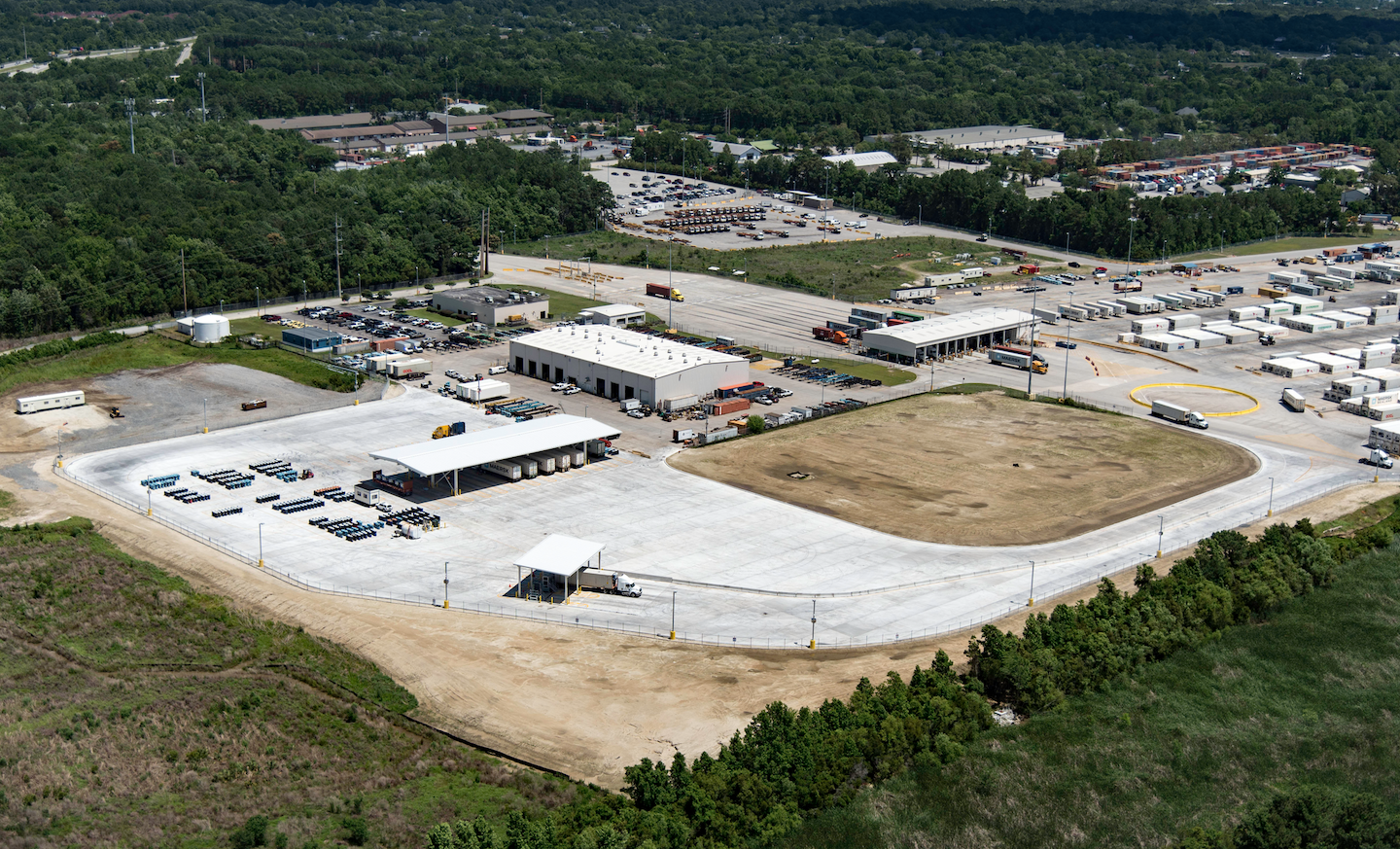 In addition, dredging began in February 2018 to deepen the port’s channel to 52 feet and the entrance to the channel to a depth of 54 feet, as well as enlarge turning basins. When complete, the Port of Charleston will the deepest harbor on the East Coast.