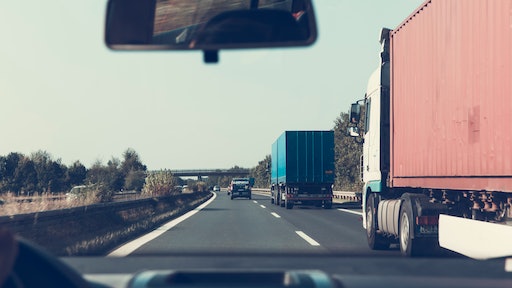 Nine out of 10 Americans support the DRIVE-Safe Act, a bipartisan legislation to address the driver shortage. The DRIVE-Safe Act modernizes federal law and updates safety standards to provide younger drives with the opportunity to enter the trucking industry. This public approval joins growing support from 69 trade organizations and a series of bipartisan group of lawmakers.

“This legislation paves the way for the new drivers needed to sustain a safe and efficient supply chain for the more than one million restaurants and foodservice outlets in the U.S.,” says Mark Allen, President and CEO of IFDA. “This bill creates opportunity while reinforcing a culture of safety far and above current standards to provide the next generation of drivers with the critical skills they need to operate a truck in the 21st century.”

In addition, 86 percent of people surveyed believe that the current driver shortage has an impact on U.S. consumers, while a majority believe higher shipping costs businesses/consumers, delayed/slower shipping times and increased costs of consumer goods like groceries and restaurant meals are occurring because of the shortage.

The driver shortage is expected to reach crisis levels in the comings years as 70 percent of the nation's freight is carried by commercial trucks, according to the ATA. The nation reportedly needs an additional 50,000 drivers to close the gap before it grows to 174,000 by 2026.

Currently, 48 states allow drivers to obtain a commercial driver's license at 18, but federal prohibits them from driving commerce across state lines until they are 21. The DRIVE-Safe Act would create a two-step program that would allow young drivers to enter the industry safely.

Under the legislation, once a driver qualifies for a commercial driver’s license, they begin a two-step additional training program with rigorous performance benchmarks. Drivers must complete at least 400 hours of on-duty time and 240 hours of driving time in the cab with an experienced driver. Every driver will train on trucks equipped with new safety technology including active braking collision mitigation systems, video event capture, and a speed governor of 65 miles per hour or below.

42 Trade Associations Back the DRIVE-Safe Act