Spot Rates Rise During First Week of May

The number of spot market loads on the DAT network of load boards rose 1.3 percent during the week ending May 5. 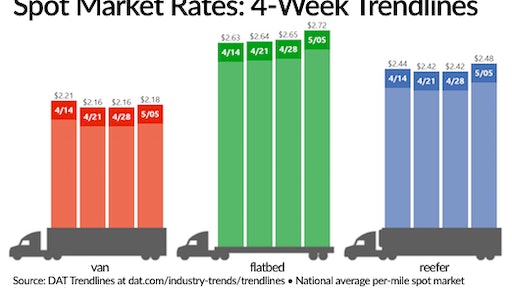