On Tuesday, the OOIDA said electronic logging devices would violate the privacy of drivers by allowing employers and the government to track their movements. 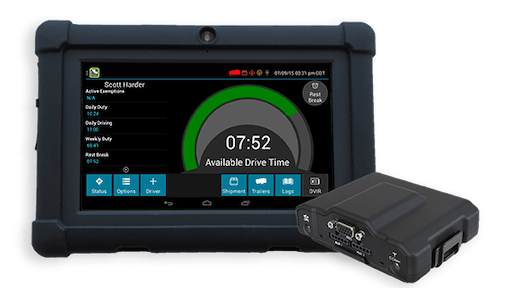 The ELDs will be required for most carriers by late 2017 under guidelines released by the Federal Motor Carrier Safety Administration (FMCSA). The FMCSA says e-logs will reduce accidents.

The Owner Operator Independent Drivers Association (OOIDA) asked a federal appeals court panel Tuesday to stop the government from requiring drivers to install electronic logging devices (ELDs) to log their hours of service, according to The Wall Street Journal.

The ELDs will be required for most carriers by late 2017 under guidelines released by the Federal Motor Carrier Safety Administration (FMCSA). The FMCSA says e-logs will reduce accidents.

On Tuesday, the association said ELDs would violate the privacy of drivers by allowing employers and the government to track their movements. Employers would also have to use data generated by ELDs to force truckers to drive in unsafe conditions if they hadn’t hit their hours limits, lawyers for the group said.

But the safety improvements that electronic logging devices provide are nonetheless in everyone’s best interest. The ELDs will relieve drivers of the burden of furnishing compliance documents and allow them to focus on their driving. The devices also make drivers more cognizant of safety, knowing that their activity is being recorded.

Many fleets have already deployed ELDs and have found they improve driver performance and safety.

At the same time, the concern about data privacy is a valid concern. According to the government, the law has been improved to limit how e-log data can be used and who has access to it. 9-14-16 By Elliot Maras