The Owner-Operator Independent Drivers Association claims the DOT slipped in a provision on sleep apnea screening into the final rule that was not included in the proposed rule, thereby bypassing the legal rulemaking process. 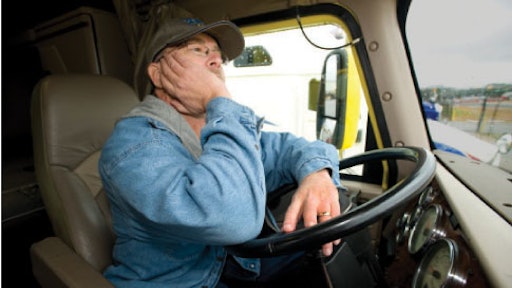 The Owner-Operator Independent Drivers Association (OOIDA) has filed a challenge with a federal appeals court against a 2015 U.S. DOT rule that altered the driver medical examination process. OOIDA claims the DOT slipped in a provision on sleep apnea screening into the final rule that was not included in the proposed rule, thereby bypassing the legal rulemaking process.

OOIDA filed its legal challenge with the 8th Circuit Court of Appeals on Nov. 11, seeking to vacate the rule either in part or in whole.

FMCSA declined to comment on OOIDA’s challenge to the rule.

The rule, made final by the Federal Motor Carrier Safety Administration in April 2015, revised the forms used by medical examiners in FMCSA’s National Registry of Medical Examiners and required examiners to upload exam results — whether truckers are certified to operate or not, essentially — to the agency the same day. The information made available to state licensing agencies immediately, part of the agency’s work in recent years to combine medical certification information with truckers’ CDLs.

OOIDA filed its petition for review last week. Its full written arguments against the rule are due Dec. 19. The group petitioned the agency last May to reconsider the rule. FMCSA denied its request in September 2016.