The Owner-Operator Independent Drivers Association had asked the court to vacate the Federal Motor Carrier Safety Administration’s final rule, which was issued in December 2015 and is scheduled to go into effect Dec. 17, 2017. 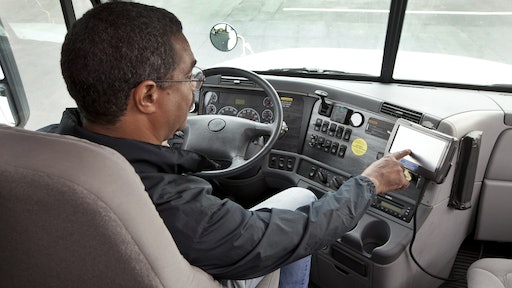 The first round of fighting over the electronic logging device (ELD) mandate has gone to the Federal Motor Carrier Safety Administration.

Monday the U.S. Court of Appeals for the 7th Circuit denied the Owner-Operator Independent Drivers Association’s challenge to the federal electronic logging device mandate. OOIDA had asked the court to vacate the Federal Motor Carrier Safety Administration’s final rule, which was issued in December 2015 and is scheduled to go into effect Dec. 17, 2017.

The court knocked down each of OOIDA’s five main arguments.

“Petitioners claim … that the final rule is contrary to law because it permits ELDs that are not entirely automatic,” the court said in its 28-page opinion. “We disagree. … Petitioners argue that the agency used too narrow a definition of ‘harassment’ that will not sufficiently protect drivers. This claim also fails. When defining harassment, the agency sought input from drivers, motor carriers and trade organizations; it considered administrative factors; and it ultimately provided a reasonable definition of the term.”

OOIDA President Jim Johnston disagreed. “We are disappointed and strongly disagree with the court’s ruling,” Johnston said in a statement. “Because this issue is of vital importance to our members and all small-business truckers, we are reviewing our next steps to continue our challenge against this regulation.”

Majority of Small Fleets Not in Compliance with ELD Mandate

The 2022 WIT Index shows that only 3.7% of technicians in transportation companies are women.
Women In Trucking Association
September 21, 2022
Follow Us