Airships have the potential to carry large cargo payloads over long distances, at a fraction of the cost of fixed-wing aircraft, and can reach some of the most remote locations inaccessible for maritime traffic and traditional aircraft. 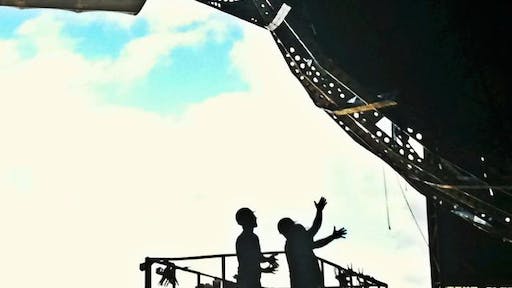 Congressmen Brad Sherman, D-Calif.. and Tom Rooney, R-Fla., announced the creation of the Cargo Airship Caucus in the House of Representatives to encourage the development of these potentially revolutionary aircraft for military and civilian use.  The news was announced by Aeroscraft Corp., a manufacturer of airships.

Airships currently under development in the U.S. have the potential to carry large cargo payloads over long distances, at a fraction of the cost of fixed-wing aircraft, and can reach some of the most remote locations inaccessible for maritime traffic and traditional aircraft. Airships require far less infrastructure on the ground and can thus land and unload cargoes much closer to their final destination.

Moreover, cargo sizes of several hundred tons are possible with advanced airships currently under development, with travel at speeds many times that of ocean-going cargo. This could provide the military the capability to carry large cargos to the theaters in which they operate faster than via maritime shipping, while eliminating much of the risk of casualties and disruptions that accompany the need to truck cargo overland after arrival at the sea and air ports.

“The recent advances in airship technology are exciting, and the Caucus will help illustrate the breadth of benefits enabled by cargo airships’ efficient and infrastructure independent operations, including benefits to military operational tempo and mission flexibility, enhanced delivery capability, and operational cost savings,” said Rooney.

The successful development of these aircraft will also have benefits for humanitarian efforts, as earthquakes and storms that create humanitarian catastrophes often devastate the very infrastructure, such as ports and airports, needed to deliver critical supplies, as was the case with the 2010 Haiti earthquake.  Airships also have applications for energy projects that require delivery of large equipment, such as wind farms; often the most efficient wind farm locations are on ridges far from any ground transportation facilities.

Rooney and Sherman are beginning the process of recruiting additional members to join the Caucus and are planning the first meeting, which will introduce members to the recent advancements in airship development, in which American firms and workers are in the lead.