The outbreak now consists of two clusters of illnesses that are likely linked to Blue Bell brand ice cream. 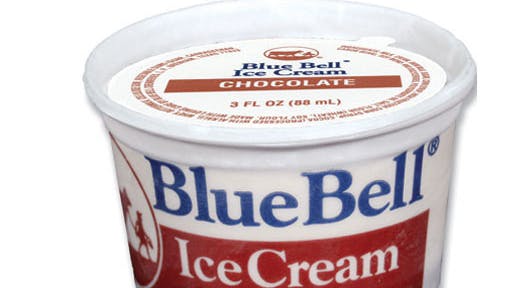 According to the Centers for Disease Control and Prevention (CDC), there have been eight people sickened by strains of Listeria monocytogenes linked to Blue Bell Creameries products in Kansas and Texas, reported Food Safety News.

The outbreak now consists of two clusters of illnesses that are likely linked to Blue Bell brand ice cream.

Cluster 1 consists of five patients reported from Kansas during January 2014 through January 2015 who were all hospitalized at a single hospital for unrelated problems before developing listeriosis. Of the four ill people for whom information is available on the foods eaten in the month before Listeria infection, all consumed milkshakes made at the hospital with a Blue Bell brand ice cream product called “Scoops.”