New innovations in refrigeration technology are creating a promising opportunity for retailers and meal kit delivery services to do away with traditional packaging in favor of a more sustainable and streamlined alternative. 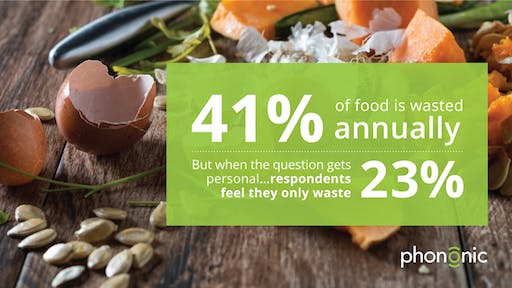 While most grocery shopping still takes place in traditional brick-and-mortar stores, online food shopping is on an upswing. In fact, research from Food Marketing Institute and Nielsen found that online grocery shopping could grow five-fold over the next decade, with consumer spending in this area predicted to make up 20 percent of total grocery retail by 2025.

A notable stimulus behind this uptick is, of course, convenience, but there is also a growing consumer focus on sustainability and food waste behind this adoption. A recent sustainability survey conducted by Phononic exploring the views of more than 2,000 adult consumers on food waste and delivery found that nearly half of consumers (47 percent) feel they would waste less food if they used a meal delivery service.

According to the Food and Agriculture Organization of the United Nations (FAO), roughly one-third of the food produced in the world for human consumption—approximately 1.3 billion tons—is wasted every year. In developed nations, the problem is particularly severe, with FAO findings showing that consumers in rich countries waste almost as much food as the entire net food production of sub-Saharan Africa.

In the United States alone, consumers, business and farms spend nearly $220 billion on food that goes uneaten, creating a huge opportunity for national change that is receiving growing support from consumers. This is especially true of younger consumers and women, who tend to be more concerned about sustainability and food waste than they were five years ago, according to research conducted by Coast Packing Company and Ipsos Research.

The problem, however, is that there is often a disconnect in consumers’ perceptions of food waste globally and in their own home. Phononic’s survey found that the majority of consumers estimated total food waste per year correctly, but consistently underestimated their own food waste, showing that while many consumers are aware of the issue, they often neglect to point a finger at themselves.

When asked what would encourage them to waste less food, 64 percent of consumers cited saving money as the number one motivator, with household planning and guilt over food waste coming in second and third, respectively.

Guilt over food waste is also proving influential to the shopping process. When asked about the foods consumers throw away most, over half of respondents said fruits and vegetables—even going so far as to say they often avoid buying these goods because they are concerned about them spoiling quickly. These concerns have also dissuaded customers from organic foods, which they feel spoil even quicker and are more likely to be wasted.

While many consumers believe a meal delivery service will help reduce their food waste, adoption is often stymied by other concerns. For example, of the consumers polled through Phononic’s survey, 65 percent expressed reservations related to packaging waste.

Anyone who has used a meal kit is familiar with the layers of paper, insulation, ice packs and individualized packaging containers that come in every box. Environmentally-conscious consumers have publicly criticized the use of these materials, prompting several meal kit makers to implement changes to reduce this waste, such as eco-friendly packaging or services that enable customers to return some of the packaging. Even so, consumers are still wary of buying into these services on a weekly basis.

On top of this, consumers have expressed concerns over freshness, which further compound hesitations. Phononic’s research found that freshness was the number one worry of consumers, with 71 percent of respondents saying they are most concerned about how food is stored while it is being delivered.

Unfortunately, it is difficult to predict how long meal deliveries could remain on a consumer’s porch, and ice packs and insultation do little to assuage consumers that their chicken, fish or steak is fit for consumption after a long day in the summer sun.

It’s clear that there are many reasons for consumers to embrace meal and grocery delivery services.  In fact, we’re likely to see increased adoption if we can overcome the freshness and packaging concerns inherent in last-mile transport. Fortunately, advances in refrigeration are making it possible to change how these packages are cooled, allowing companies to more easily and sustainably safeguard goods shipped out for delivery.

The challenge, however, is that traditional refrigerators are energy intensive and utilize harmful chemicals, such as climate-change-causing hydrofluorocarbons (HFCs), chemicals that are between 1,000 and 3,000 times more potent than carbon dioxide. These climate polluters are so detrimental to the environment that states like California are now banning their use in new refrigerators and air conditioners. Sadly, alternatives to HFCs are often just as bad, with common substitutes including toxic substances like ammonia or highly flammable options like propane.

Shockingly, refrigeration has relied on these noxious chemicals for more than a century, with little improvement to the practice—until now.

Today, new solid-state solutions leveraging semi-conductor innovations are making it possible to eliminate the use of these harmful greenhouse gases. Powered by thermoelectric technology, these refrigeration alternatives utilize carbon dioxide as opposed to generating or releasing it. In addition, because these systems do not utilize a compressor, they omit less heat, can fit more product per unit and are capable of operating on a standard outlet or battery back-up.

What’s Next for Grocery Delivery

As major retailers like Walmart, Amazon and Kroger continue to expand their delivery networks, we’re sure to see the need for more sophisticated and greener forms of cooling increase. New innovations in refrigeration technology are creating a promising opportunity for retailers and meal kit delivery services to do away with painstaking and polluting packaging in favor of a more sustainable and streamlined alternative—one research shows consumers are willing to embrace.

The Top 5 Challenges Restaurants Face When Building Their Delivery Operations