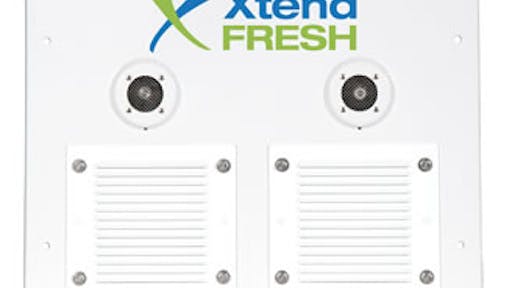 Global demand for fresh fruits and vegetables is expanding as a result of consumer interest in healthy, fresh produce, as well as an increased appetite for crops from distant growing regions, supported in part by rising affluence in emerging economies.

How these products get from point of origin to their final destinations varies based on the time sensitivity of each commodity. Because it is fast, air transport traditionally has been employed for the most highly perishable and short-lived produce, such as asparagus, blueberries, raspberries and papayas. But air transport is expensive, and when chilled commodities are air-shipped in non-refrigerated insulated containers, significant breaks in the cold chain can occur. Temperature management can be lost when inspections are conducted under ambient conditions on the tarmac or in other airport areas. This can have a detrimental effect on the quality of the produce.

In contrast, ocean transport via refrigerated containers is far less costly than air shipment. And, since the container includes an electric refrigeration system that can be powered on deck, at the port and even when transported via truck or rail car equipped with a generator set, a consistent temperature is maintained to the point of delivery. Marine shipping containers also offer the option of using transit life extension technology.

The key to extending the transit life of perishables, beyond what refrigeration alone can do, is to minimize produce respiration. During respiration, fresh produce consumes oxygen (O2) and emits carbon dioxide (CO2), which causes the produce to ripen too quickly.

This can be overcome by using “controlled atmosphere” techniques, which change the composition of air both inside a refrigerated space and around the cargo. With controlled atmosphere systems, sensors measure CO2 and O2 intermittently and adjust to pre-determined levels through fresh air intake and removal of excess CO2. In cases of highly sensitive and low respiring produce, sometimes an injection of nitrogen is needed to bring the gas levels into proper balance.

By lowering the O2, increasing CO2 and maintaining them at pre-determined levels specific to the produce inside the refrigerated container, controlled atmosphere technology can effectively minimize the respiratory activity of the perishables. Lower respiration helps maintain the freshness and quality of the product and can also delay decay, loss of texture, ripening, aging, dehydration, weight loss and loss of nutrients. Controlled atmospheres also can reduce chilling injury by allowing transport at slightly lower temperatures, which in turn helps maintain quality and condition even longer.

As a supplement to good temperature control, controlled atmosphere technology can potentially add days or even weeks to transit shelf life for a large number of fruits and vegetables. This allows produce to travel longer distances, enabling delivery of a greater variety of produce to consumers around the world.

Another component that should be controlled is ethylene, a hormone produced by all fresh produce that can accelerate decay, aging and ripening in the confined space of a refrigerated container. In addition to lowering respiration, a controlled atmosphere system should remove ethylene in an active way to avoid its harmful effects.

Carrier Transicold’s XtendFRESH™ system is an example of technology that can monitor and control O2 and CO2 and remove ethylene. The XtendFRESH system does not require external ethylene filters or disposable scrubbing material, which distinguishes it from other systems for container atmosphere control.

Controlled atmosphere technology can considerably increase the transit life of many fruit and vegetable cargoes by slowing down their metabolic rate without affecting eating quality and nutritional composition.

Although controlled atmosphere is excellent for transit life extension, it can only realize its full potential when the commodity is harvested at the right age and optimum maturity, precooled properly and quickly, handled correctly, packed properly, processed under sanitary conditions, transported at the recommended temperature and atmospheric composition for each commodity, and cold chain compliance is maintained.

Existing, affordable controlled atmosphere systems are based on creating the correct atmosphere through product respiration. Establishing the desired levels of O2 and CO2 in a timely manner after closing the container is highly dependent on how fast the commodity respires and the potential leak rate of the container. Success depends on the type of commodity being shipped and using an air-tight container.

An XtendFRESH type of controlled atmosphere system works best for high-respiring commodities like banana, avocados, mangos, asparagus, snap beans and raspberries. Some commodities that are low-respiring, such as grapes, blueberries, cherries, apples, peaches, papaya, kiwi and cantaloupe, require lower O2 or higher CO2 than may be possible to achieve with the standard technology. For them, it may be necessary to inject nitrogen or CO2 into the container prior to departure to establish the desired levels.

An alternative to controlled atmosphere technology is the use of modified atmosphere packaging. With this, the product is packed in plastic bags of specific permeabilities to O2 and CO2, which are tailored to each particular commodity. The advantage is that the benefits of controlled atmosphere can be extended all the way to the store display shelf. However, extra care must be taken because when the product is exposed to temperature fluctuations, as normally occur during distribution, it can heat up, leading to accelerated softening. And, water condensation inside the bags can accelerate decay and spoilage.