The heated economy means that more companies are shipping goods across the country and as a result, trucks are working overtime. 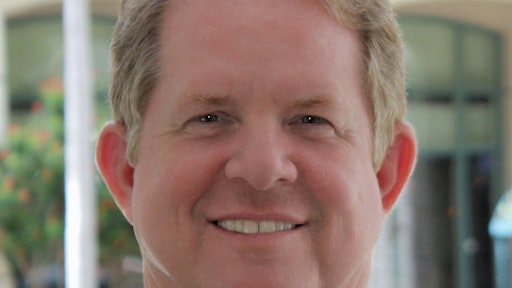 Truck procurement has been a major challenge for many private fleets and for-hire carriers this year. This challenge has been emphasized by the backlog of orders for Class-8 heavy-duty trucks, largely stemming from an American Economy that has been healthy and resilient ever since the Great Recession ended in 2010, and a dilapidated industry philosophy toward truck procurement which is now changing.

As a result, orders for trucks are now up 153 percent year-over-year. What’s more, six of the top 12 order months on record happened in the first eight months of 2018.

The heated economy means that more companies are shipping goods across the country; more businesses are in need of re-stocking shelves and inventory; more consumers are in need of goods ordered online and thus the transport of those shipments and as a result, trucks are working overtime.

In fact, September 2018 marks the ten-year anniversary of when the American Economy saw its deepest, darkest moments of the Great Recession, when America witnessed the meltdown of financial markets leading to the loss of millions of jobs and homes. Since then, the country has added jobs every month for almost eight years, and the bull market that began in 2009 is now the longest in history and continues today.

Trucks and transportation have been the lifeblood of this economic engine.

Replacement and truck procurement strategies that help the economy stay moving need to be carefully considered, especially as we enter the final months of 2018 when companies take a closer look at their bottom line.

The long-standing business philosophy was for organizations to make purchase orders of trucks en masse, while driving them for anywhere between five and ten years of service, or even longer, as a way to squeeze every penny out of the truck’s usage. However, data and analytics are proving this model to be costly and ineffective. Instead, private fleets and for-hire carriers are realizing they can achieve more savings on the truck’s overall impact to the bottom line, as well as maintenance & repair (M&R) - the highest variable and volatile cost of a fleet operation by moving to a shorter lifecycle.

When transportation companies drive their trucks as long as possible, they operate on functional obsolescence - making decisions based on the truck’s ability to stay on the road. In most cases, when firms let the truck dictate the timetable for replacement, firms are left scrambling to order a new truck based off limited planning cycles. Today’s backlog of truck orders is a result of this, as the multiplier effect of many transportation firms and this philosophy have caught up to them.

Instead, today’s leading private fleets and for-hire carriers are taking a different approach.

Truck organizations are now paying closer attention to a truck’s individual tippingpoint, the point at which it costs more to operate a truck than it does to replace it with a newer model. Factors such as the cost of fuel, utilization, finance costs, and M&R, are all factored into arriving at each truck’s unique tippingpoint, giving fleet operations personnel and finance departments a closer look based on data and analytics into determining and even predicting the optimum time to replace an aging truck.

As an example, a recent analysis of long-term ownership versus shorter lifecycle management illustrates a significant cost savings over time. A fleet that opted for a four-year lease model on a truck would save approximately $27,893 per truck in comparison to a seven-year ownership model because of the aforementioned factors such as fuel, utilization, financing, and M&R. The shorter lease model is also cost-effective when compared to just a four-year ownership model, showing average savings of $12,710.

This approach offers flexibility to adapt to changing markets, ultimately driving down operational costs while strengthening the corporate image and driver recruitment and retention efforts by continuously upgrading to newer trucks. Companies are leveraging data analytics and comprehensive fleet studies that produce a fleet modernization and utilization plan, projecting when aging equipment will need to be replaced. This is especially effective with today’s fluctuating demand and the current booming economy as companies trying to acquire equipment solely based on demand are faced with equipment shortages and long lead times.

Just as important, recent changes to the corporate tax rate, as well as new accounting standards, have made it more attractive to lease equipment. With these changes, at least in the case of truck acquisition, purchase of equipment remains costlier compared with shorter-term leasing of the equipment. What’s more, leasing remains the preferred method for companies regardless if they have a stronger or weaker balance sheet. In addition, leasing also allows companies to avoid the risk of residual value and the expense of remarketing.

By adopting this new mindset of shorter truck lifecycles, transportation companies will become better equipped at replacing their aging truck fleets in a more cost-efficient manner heading into 2019.