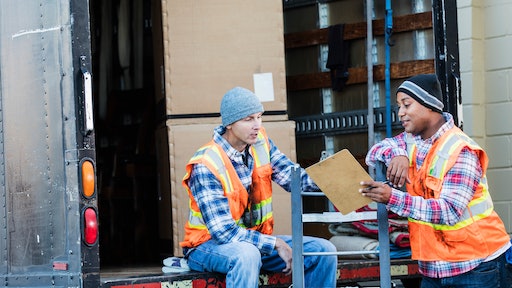 The most common of those thefts is food and beverage, as they can be unloaded and sold quickly. According to CargoNet, food and beverage products were the most stolen commodity of the second quarter, up from the same quarter the past two years. The most popular items to steal included meat products, alcohol and nonalcoholic beverages.

Read Next: Companies Prepare for Cargo Theft Ahead of Holiday Season

“Traditionally there’s a bit of a bump in the fourth quarter,” he says. “From early August to early December, when Christmas freight starts to move around and warehouses start to get full, there will be an influx of that.”

Companies are increasingly using staging areas, or storage transportation yards, to meet the demand for fast shipping during the holiday season but doing so can cause challenges.

“The move to an economy where everyone wants everything delivered within a day or two now, that plays a little bit of a role in this, where we’re seeing a lot of staging of cargo across the country so the response can be quick for those quick deliveries,” Cornell says.

As warehouses and distribution centers bulge with increased inventory, space becomes tight. Many companies lease additional space to make room. Security can be an issue in these overflow warehouses and centers.

“You may have to stage in areas that may not be your first choice,” he says. “They may be places you’re uncomfortable with, but you’ve run out of space. You may go to more open lots, places where security is not necessarily being paid attention to.”

With the busiest segment of the shipping season approaching, Cornell said companies have only a few weeks to plan their shipping and storage strategies to protect those loads.

The rise in pilferage

During the past two years, some of the major organized crime groups responsible for stealing large shipments have been arrested. That leaves the less-advanced thieves, who often assume truck cabs are equipped with tracking devices, Cornell said.

As a work around, many thieves are aiming for smaller loads or pilfering — opening a truck and taking a few boxes or pallets instead of the entire load —  from trucks.

“They’re moving around their obstacles,” he says. “They’re targeting trailers not hooked up to their cabs. We also thought we’d see an increase in warehouse theft and sure enough, we’re starting to see that. They are taking the path of least resistance.”

Pilfering is one of the most difficult thefts to stop. And it can be expensive for the food and beverage industry.

“When someone takes a few TVs out of a truck, no one really worries about the ones that are left in the truck,” Cornell says. “But when they take boxes of frozen meat, the rest of the load may need to be destroyed because the seal's been compromised.”

Cornell, who helped start Travelers’ Special Investigations Group in 2005, receives daily reports on what’s happening in shipping on a street level. Cargo thefts are flat this year compared to last year, he said, not down like various agencies are reporting.

Thefts tend to be smaller in nature this year, and tend to go unreported. Sometimes a company considers it a loss too small to be worth reporting, while others may not want their customers to know that a break-in took place t.

Knowing who to report the crime to can be an issue, as well.

“Let’s take a typical driver taking a load across the country,” he says. “Typically, they’ll stop six to seven times along the way. During each stop, if they don’t take the time to get out and walk around the truck to check the seal, and they just go on, they get to their destination and they suddenly realize there are six or seven boxes missing. Now the question becomes, where did the theft happen? What law enforcement agency do I call?”

It's important to educate drivers, staff and customers on cargo theft prevention, he says.

“Make sure they have good habits in place, procedures in place,” Cornell said.

Read Next: The Future of Food and Beverage Cargo Theft—and Security

He offered the following tips to prevent cargo theft:

1.      Be ready to drive: Drivers should make sure they are ready to travel before they pick up their load. Eat dinner and fuel up before going to the warehouse for pick up. “They should make sure they are fueled and have enough hours available for a long drive, say 200 to 250 miles, before they make their first stop,” Cornell said. “There are thieves who wait at truck stops near distribution centers, waiting for drivers to pick up their load, then stop for fuel or dinner.”

2.       Lock it up: Use a locking device that secures both rear doors together. “Use a high-security, rear-door lock,” he said. “You can’t just make sure there is a lock on the right-side door. And locking up the seal can make it harder to break, protecting the seal's integrity and your perishables.”

3.       Control the security: When using unfamiliar warehouses, distribution centers and lots during the holiday season, companies should ensure they have control over the entrances and exits, make sure there is security on site and use landing gear locks on trucks.

The software allows companies to design and deploy the latest battery and charger technologies to maximize their performance through the GNB Cloud.
GNB Industrial Power
April 12, 2021
Follow Us