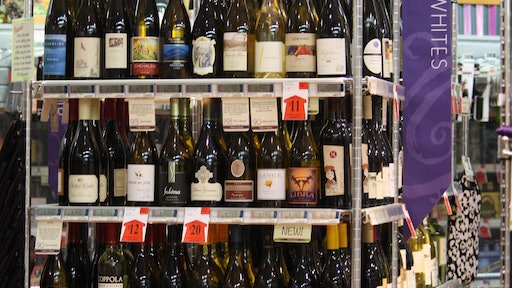 The Pacific Northwest – Washington, Oregon and Idaho – has long played an important role in the food and beverage industry, due to the ports, the agriculture and low costs of doing business compared to their big neighbor to the South. In recent years, the region has suffered its share of the nation’s economic challenges. But it has also acquired an expanding tourism trade and an “artisan” (or “specialty”) food culture.

The software, technology and aerospace industries that have dominated the region’s economy over the years have attracted a highly-educated workforce that has strengthened the demand for artisan foods and beverages in recent decades.

But the industrial expansion of the 1980s and 1990s delivered a mixed blessing to the f&b industries. Rising population naturally boosted consumer demand, creating a larger f&b market. On the other hand, the transportation infrastructure had to accommodate rapid industrial growth, a task that hasn’t been easy. Transportation resources are especially critical for f&b manufacturers, wholesalers and retailers.

State and local governments, encouraged by businesses and economic development organizations, have responded to transportation infrastructure challenges with mixed results over the years. A driving force has been the rising global trade, pressing the capabilities of the Northwest ports.

The emergence of what many in the Pacific Northwest refer to as its “artisan” food culture portends an important role for this region as it bids for its place in an increasingly global economy. Consider how Starbucks, once a solitary coffee shop in Seattle’s Pike Place Market, has revolutionized the nation’s coffee industry. The frontier spirit of the historic “Oregon Trail” remains an entrepreneurial force in the region’s food and beverage (f&b) trade.

While a handful of large food companies call the Pacific Northwest home, such as Starbucks Corp., J.R. Simplot Co., Tree Top Inc., Tillamook Dairy Cooperative and Pacific Foods, most of the area’s food processors are small.

But the region’s f&b industry continues to grow as companies from other parts of the country and even from outside the country discover its unique benefits.

Business and government organizations felt that the region’s natural advantages – namely its ports and access to agriculture – could lure more food and beverage businesses. Over the years, these efforts have paid off as the region has done a good job attracting entrepreneurs.

In fact, the region’s artisan food culture remains an incubator for product innovation.

Lauren Johnson, chief operating officer for Newport Avenue Market, an independent grocery store in Bend, Ore., has a birds-eye view to the local food culture. Where most independent grocers source from 10 or fewer vendors, Newport Avenue Market uses around 1,000. The market offers 500 different craft beers and 3,000 different wines. Johnson notes there are 27 craft brewers in her county alone.

Johnson credits a growing tourism trade for the growth in artisan food.

Nor can one discount the region’s access to high quality ingredients.

The founders of Portland-based Jacobsen Salt Co., a maker of sea salt, and Bee Local, a honey manufacturer, came from the East Coast to the Northwest in search of better quality cooking ingredients for restaurants and retailers nationwide, notes Matthew Domingo, sales and marketing manager for both companies. Bee Local recently established national distribution with Williams Sonoma.

Kevin Fortun, founder of Stockpot Soups which Campbell Soup bought in 1998, got back in the soup business three years ago. He added soups from his original launch in Kirkland, Wash. of Fortun's Finishing Touch Sauces, a collection of gourmet ready-to-serve sauces for retail and foodservice. The idea to expand to soups was born when a restaurant chain told Fortun they wanted a clam chowder that was not powdered and has no artificial flavor. Fortun developed a fresh-prepared soup packaged in a 4-pound, Cryovac bag.

Using vegetables grown in California and salmon caught and smoked in the Northwest, Fortun distributes internationally from its Southern California manufacturing and distribution facility. The company exports through the Port of Los Angeles.

As for why the company is based in the Northwest, “The northwest is where our roots are, however, we choose to manufacture in Southern California to be close to the freshest vegetables in the world,” says Mary Fortun, director of sales. “We are proud of our carbon footprint. We are not trucking fresh vegetables all over the country to manufacture. We strategically are right in the hub.”

Portland continues to lead the U.S. for the percentage of dollars spent on craft beer. According to the Oregon Brewer’s Guild, there are now 179 brewing companies operating 221 brew facilities in 71 cities across the state of Oregon. With 56 breweries in Portland, and 76 in the Portland metro area.

Brewers are currently preparing for Oregon Craft Beer Month in July, with more than 500 events in 60 cities. All leading up to the largest of beer festivals, the annual Oregon Brewers Festival, which drew about 85,000 attendees in 2014.

It’s impossible to talk about the Pacific Northwest without mentioning its role as the nation’s leader of the specialty coffee industry, best represented by Seattle-based Starbucks Corp. Coffee lovers visit the region regularly to learn about roasting. Specialty coffee has transformed the American coffee palette to the extent that even fast food restaurants and convenience stores take pride in private label roasts. The Northwest remains the nation’s specialty coffee capital, and is the only part of the country where coffee carts and coffee drive-thrus are commonplace.

One of the most recent developments in coffee has been the growth of “direct trade,” whereby companies import “coffee of origin” coffee directly from overseas. The movement evolved from “fair trade.” Many coffee enthusiasts believe the fair trade goal of ensuring fair and sustainable coffee practices is better accomplished by importing coffee from farms directly. Hence the new label.

Portland Roasting, a Portland roaster and retailer, imports its “direct trade” coffee through Oakland, Calif. and Tacoma, Wash. ports, says owner Nathaneal May. The company has doubled in size in the last five years. “The awareness for direct coffee’s existence has been growing,” May says.

One of the reasons the Northwest dominates roasting is the availability of coffee storage facilities, May says. He arranges his deliveries from the ports to his warehouse with local carriers.

Perhaps the biggest challenge the region faces is making sure the transportation infrastructure is capable of making it easy for companies to deliver food to market, both domestically and globally.

In 2005, the Oregon Legislature created the Multimodal Transportation Fund to invest in air, marine, rail, and public transit infrastructure improvements. The Fund is part of what is known as the ConnectOregon program which provides grants and loans to non-highway transportation projects that promote economic development. In creating the Multimodal Transportation Fund, the legislature found that local governments and businesses often lack sufficient capital and technical capacity (i.e. engineering, planning, labor and/or equipment) to undertake multimodal transportation projects.

In 2011, the Oregon Economic Development Association, a private, non-profit organization, launched Oregon Food Processing to lure more food processors to Oregon. Sarah Case, Oregon Food Processing’s team leader, says one goal was to make food companies aware of the state’s 200 unique food crops, along with the low energy costs, competitive labor rates and access to ports and railways. “There’s a lot of (f&b) sourcing done out of Oregon,” she said.

That same year, Portland became one of four cities to join the Global Cities Initiative, a collaboration between the Brookings Institution and JPMorgan Chase to help metropolitan areas thrive in the global economy. After focusing on supporting exports for two years, the initiative expanded to attract foreign investment as well, says Derrick Olsen, vice president of regional strategy for Greater Portland Inc.

One recent sign of progress: Shamrock Foods, the seventh-largest food distributor in the U.S., recently announced its first DC in Oregon, making $1.2 million in improvements to a former produce facility in Gresham, Ore. The DC will allow the company to serve clients in the Pacific Northwest.

Grocery Outlet, an Emeryville, Calif.-based discounter with more than 200 stores in five western states and Pennsylvania, recently moved to a larger building in Gresham, Ore. to better serve the Northwest. Mike Thomas, vice president of logistics, says it makes sense for his company to have a distribution facility in the region. The economics of servicing the region from the outside proved challenging.

The proposed Puget Sound Gateway Project would relieve traffic congestion and improve freight mobility by completing the long-planned SR 167 and SR 509 corridor connections to I-5. The project is designed to strengthen the state’s economic competitiveness, both nationally and globally, by connecting the its largest ports to key distribution centers in King and Pierce counties and to Eastern Washington. The project adds more capacity to I-5 through express  toll lanes, reducing congestion and travel  times between Seattle and Tacoma.

It remains to be seen how much support the state government can muster for infrastructure improvements. Clearly, there is a lot at stake for the f&b industry and the Pacific Northwest as a whole.

This collaboration will accelerate the commercialization of autonomous delivery fleets while contributing to a safer and more sustainable logistics community in the future.
Gatik
April 6, 2021

Marina, Brielle and Mackenna share personal experience with regards to the last-mile, and how lack of credibility from some e-commerce sites continues to "prank" its consumers.
Brielle Jaekel
Marina Mayer
Mackenna Moralez
March 31, 2021

The Laredo site will serve as a bonded container freight station, a hub for customs transactions and a warehouse to hold goods not yet cleared on the U.S. side.
Odyssey Logistics & Technology Corporation
March 29, 2021
Follow Us