U.K. KFC Struggle to Give Chicken Away as They Continue to Run Out of Supplies

KFC is struggling to find charities to donate surplus chicken that has been stored in an unregistered depot during the supply crisis. 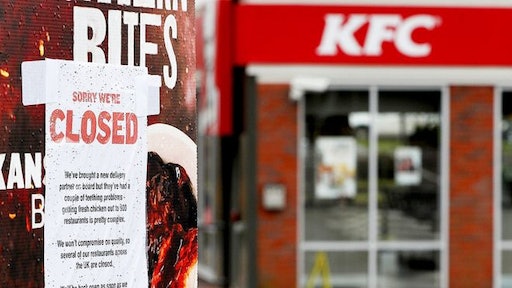 KFC is struggling to find charities to donate surplus chicken to. The poultry has been stored in an unregistered depot during the supply crisis.

The fast food chain said it would have to destroy some of the chicken at a cold storage facility ran by DHL, the company that is to be blamed for the chicken shortage.

KFC is trying ot minimize the amount of chicken it will have to destroy due to the closures. The restaurant has been reaching out to charities to donate to, however, many are reluctant. Most charities do not have the logistical capability to safely transport and prepare such a large quantity of food.

As of Thursday, 80 percent of stores were back open in the U.K.

KFC ran an ad in local newspapers and magazine apologizing for the store closures stating, "It's been a hell of a week, but we're making progress."

How 3PLs Bring Technology to Infrastructure

Even the infrastructure in the third-party logistics sector gets a technological makeover.
Brielle Jaekel
August 3, 2020