The driver and NFI each have 30 days from receipt of OSHA’s findings to file objections and request a hearing before the Labor Department’s Office of Administrative Law Judges. 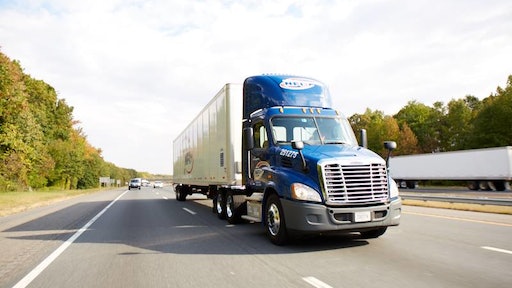 As a result of its findings, OSHA is ordering NFI Interactive Logistics to make many corrective actions including immediately reinstating the driver to his former position, with all rights, seniority, pay raises and benefits to which he was entitled absent the discharge.

A truck driver concerned he couldn’t complete his delivery from Massachusetts to New Jersey and back without violating federal safety regulations and putting himself and others at risk thought he’d devised a solution to deliver his cargo on-time and comply with the regulations, according to a U.S. Department of Labor press release. Instead of thanking him, his employer fired him.

In so doing, NFI Interactive Logistics Inc. violated the anti-retaliation provisions of the Surface Transportation Assistance Act,  an investigation by the U.S. Department of Labor’s Occupational Safety and Health Administration has found. OSHA is ordering the Cherry Hill, N.J.-based company to reinstate the driver, pay him more than $276,000 in back wages and damages and take other corrective action.

NFI assigned the driver to deliver a truckload of Poland Spring bottled water from Northborough, Mass. to Jersey City, N.J., on Aug. 15, 2012. Due to a severe thunderstorm, flooded roads, heavy traffic and motor vehicle accidents, the trip took significantly longer than normal. He believed that he lacked sufficient time to complete the delivery and return home without violating the hours of service restrictions contained in the U.S. Department of Transportation’s Federal Motor Carrier Safety Administration regulations.

To address the situation, he delivered the load to a closer customer facility in nearby Kearny, N.J. NFI objected to the driver delivering the load to Kearny. Shortly after the delivery arrived in Kearny, arrangements were made to have a different NFI driver drive the load to Jersey City. Both NFI and the customer approved the new arrangement. The load was delivered and the driver was able to return to Northborough without violating the hours of service restrictions or posing a risk. NFI fired him the next day for insubordination. The driver subsequently filed a whistleblower complaint with OSHA. The agency investigated and found merit to the driver’s complaint.

“This driver found a way to do his job and ensure motor carrier safety. Rather than receiving credit for doing the right thing, he received a pink slip,” said Kim Stille, OSHA’s New England regional administrator. “The law is clear: Drivers have the right to raise legitimate safety concerns to their employer – including refusing to violate safety regulations – without fear of termination or other retaliation. NFI must reverse its actions and compensate this driver for the financial and other losses he has suffered as a result of his illegal termination.”

As a result of its findings, OSHA is ordering NFI Interactive Logistics to take the following corrective actions:

The driver and NFI each have 30 days from receipt of OSHA’s findings to file objections and request a hearing before the Labor Department’s Office of Administrative Law Judges.

Employers are prohibited from retaliating against employees who raise various protected concerns or provide protected information to the employer or to the government. Employees who believe that they have been retaliated against for engaging in protected conduct may file a complaint with the Secretary of Labor to request an investigation by OSHA’s Whistleblower Protection Program. Detailed information on employee whistleblower rights, including fact sheets, is available at http://www.whistleblowers.gov.

Under the Occupational Safety and Health Act of 1970, employers are responsible for providing safe and healthful workplaces for their employees. OSHA's role is to ensure these conditions for America’s working men and women by setting and enforcing standards, and providing training, education and assistance. For more information, visit http://www.osha.gov.

When Cargo Calls For Special Handling