A deal for the Chicago-based provider of transport-management services could be reached as soon as this month, according to two people with knowledge of the matter. 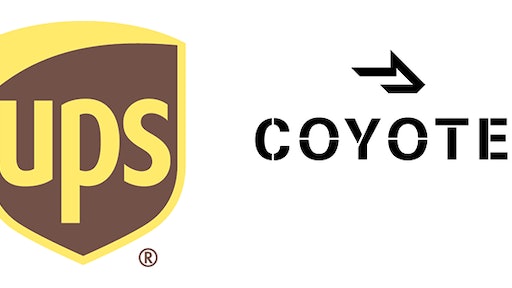 United Parcel Service Inc. is in talks to buy Coyote Logistics LLC for about $1.8 billion, two people with knowledge of the matter said, according to Bloomberg News.

A deal for the Chicago-based provider of transport-management services could be reached as soon as this month, said one of the people, who asked not to be identified because the information is private. No agreement has been reached and discussions could still fall apart. Coyote is backed by New York-based private equity firm Warburg Pincus, which first invested in the company in 2007.

A deal between Coyote and UPS would be the third-largest logistics deal this year, as the industry goes through a wave of consolidation amid rising consumer demand. In April, FedEx Corp. agreed to buy Dutch parcel-delivery company TNT Express NV for $4.8 billion. Later that month, XPO Logistics Inc. agreed to acquire European counterpart Norbert Dentressangle SA in a deal valued at $3.53 billion including debt.

Warburg Pincus has backed the company with bolt-on acquisitions, including Access America Transport last year. While terms for that deal weren’t disclosed, Coyote said in a statement that the combined company would be one of the biggest third-party logistics providers in North America, with run rate revenue of more than $2 billion, 17 locations and about 1,750 employees.