Machine Learning Can Tell if Your Honey is Fake

Machine learning can determine whether the honey that consumers are eating is safe and even real. 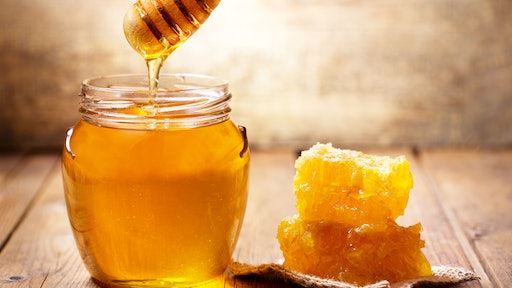 Honey: sticky, sweet and one of the world's most mislabeled foods.

According to Fast Company, in 2011 an investigation found that American stores were selling honey laced with animal antibiotics, lead and other heavy metals. Meanwhile, melissopalynology can determine the authentication of honey from its botanical sources. However, the process is often time-consuming, expensive and often conducted in laboratories that require special equipment.

Machine learning can determine whether the honey that consumers are eating is safe and even real, though. Fast Company reports that a new affordable version of honey testing is laid out in "Honey Authentication with Machine Learning Augmented Bright-Field Microscopy.

A team of two college students and a high-schooler developed the tool using a $130 microscope that was easy to use.

"We thus reckon that it would, in practice, prove scalable as a decentralized system where producers/consumers/beekeeping associations are able to test honey easily and help weed out fraudsters," says Peter He, one of the authors of the paper.

The team collected different kinds of honey and spread them thinly across glass slides and took images, annotating and labeling them into three categories: round, triangular and spiky. The system works in two parts, according to Fast Company. First, a pollen identification neural networks detects and identifies the botanical origin, density and distribution of present pollen. The data was then used in the authentication network, deciding whether the honey is what it says it is. However, their method is unable to spot contamination with heavy metals, pesticides or antibiotics. It also cannot detect ultra-filtered honey samples that have pollen removed.

The team of researchers insist their approach could make honey inspection cheaper and faster. With further research, honey "fingerprints" could be created for specific producers.

Technology is just one of the tools food manufacturers can use to assist in this critical work and support efforts to control food safety.
Corvium
April 29, 2021
Follow Us