Are consumers ready to embrace stores like Amazon Go in order to avoid waiting in checkout lines? 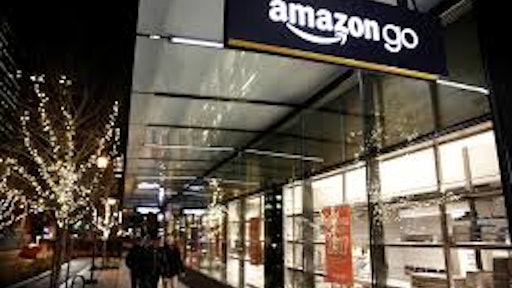 While checkout lines is a headache for consumers, self-checkout hasn't improved the situation as much as it once hoped.

Food Dive reports that Amazon's cashierless grocery store Amazon Go has been a hit with the company and is rumored to open more locations by the end of the year. It has been reported that 84 percent of people enter Amazon Go with the anticipations of having a stress-free shopping experience.

While the technology boom in the grocery sector is popular among young consumers, many older people are not ready to get rid of the traditional shopping experience. Food Dive reports that Amazon is not afraid to take an initial loss in hopes of changing consumer habits and that the company might consider reach out to organizations to work with consumers to help them adapt to the new technology.

Since acquiring Whole Foods last year and opening its own store, other grocers have been scrambling just to keep up with Amazon. Retailers like Walmart, Meijer and Kroger have invested in technology to vamp their e-commerce presence have launched their own versions of the scan-and-go concept.

According to Food Dive, if Amazon passes some of the costs to their customers, they may reject it. While customers want a quicker shopping experience, only 25 percent are willing to pay more for it.

Even as Amazon Go continues to dominate headlines, it will take some time before it becomes a standard of convenience in the grocery space. Food Dive reports that proximity and choice are going to play a major role in transforming their outlets from a convenience store replacement into a full-fledged grocery shopping destination.

FarmLogix looked to add a B2C layer on top of its award-winning Aggrega8 e-commerce platform to provide post-pandemic need and beyond, knowing that many trends established during the pandemic will be here to stay.
FarmLogix
October 23, 2020