Platinum has unique properties that when harnessed in environmentally friendly catalysts, help keep the food in a fridge, or the perishables in the supermarket, or along the supply chain, fresher for longer. 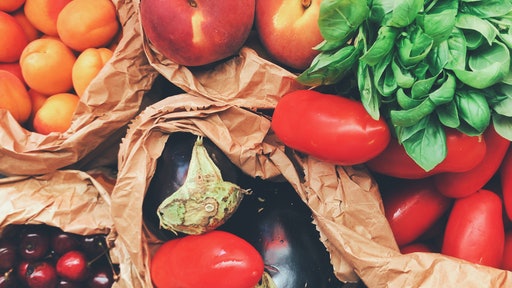 Nearly one-third of food produced globally is spoilt or otherwise lost in the supply chain, enough to feed 3 billion people. According to the Food and Agriculture Organization of the United Nations, this rises to 50% of fruits and vegetables produced in developing countries. Considering food loss is responsible for the release of 4.4 gigatonnes of greenhouse gas emissions every year and takes up to 50 liters of water to produce a single orange, food loss on this scale represents a significant waste of vital global resources.

These issues have been further exacerbated by the COVID-19 pandemic, which has severely impacted critical logistics, including the availability, cost and timeliness of refrigerated container shipping and the availability of labor to harvest and pack crops.

Platinum to the rescue?!

Now, however, there is a new contender to help with this problem – platinum.

Platinum has unique properties that when harnessed in environmentally friendly catalysts, help keep the food in a fridge, or the perishables in the supermarket, or along the supply chain, fresher for longer.

It does this by decomposing and removing ethylene gas, a naturally produced plant hormone that accelerates the ripening process and affects how long produce can be stored and sold after harvest.  Until recently, the decomposition and removal of ethylene was only possible in temperatures approaching 200°C. However, by using platinum in nanoparticle form on a special ceramic carrier, effective catalytic action against ethylene is now possible at lower temperatures, ranging from 0-30°C.

While the extended shelf life unlocked depends on the type of fruit or vegetable in question, the use of platinum catalysts not only means a reduction in food waste, but also supports the opportunity to sell further afar, diversifying the potential retail channels for producers.

One area where the technology offers significant potential is in tropical fruits production. This is a sector in which export volumes have displayed the fastest average annual growth rates among internationally traded food commodities, despite a significant obstacle: the highly perishable nature of these foodstuffs.

Such is the case for a fresh fruit called yang-mei. Grown mainly in the Zhejiang province, south of Shanghai, the fruit – also known as Chinese bayberry or “yumberry”’ – looks like a cross between a cherry and a litchi and is said to taste similar to a mixture of pomegranate, strawberry and cranberry.

The bayberry has a very limited growing season – a matter of weeks – and, as with many other soft fruits, it perishes very quickly once harvested. That’s why, despite having been cultivated for more than 2,000 years, freshly harvested bayberries are still difficult to find in many ordinary supermarkets in China and are even more rare outside of the country.

That could be set to change though. It is in these new markets in particular that platinum catalyst technology plays an important role across the entire sales lifecycle of a business, including during cold room storage, delivery to supermarkets and inside the packaging of gift boxes sold online.

A versatile metal in the supply chain

Platinum-based catalysts have several other potential applications in preserving foods.

Most prevalent has been the technology’s integration into high-end refrigerator units, with the objective of extending the freshness of foodstuffs and providing an anti-odor function. Over time, this is likely to become more commonplace across homes worldwide.

Work is also ongoing to explore the technology’s application across other areas, including its ability to prevent mould and bacteria (which can cause infections and allergies) and its potential as an odor suppressant.

With the impacts of climate change being increasingly felt across the globe, there has never been a more important time to seek innovative sustainability solutions such as platinum catalytic technologies. 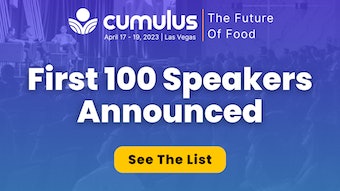