The Northwest farmer-owned cooperative believes it can offset the greenhouse gas emissions of its entire enterprise from farm to consumer product. 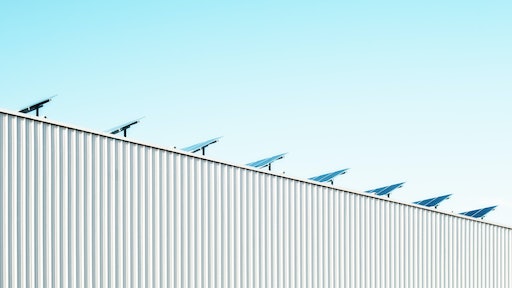 Darigold Inc. and the Northwest Dairy Association (NDA) announced their goal to achieve carbon neutrality by 2050. By investing in renewable energy technologies and energy efficiency, promoting farm-level carbon sequestration projects, as well as modernizing its processing and transportation network, the Northwest farmer-owned cooperative believes it can offset the greenhouse gas emissions of its entire enterprise from farm to consumer product.

“Our local farmer-owners want to lead in the spirit of the 102-year-old co-op to set up the next generation of proud and successful farmers,” said Stan Ryan, president, and CEO of Darigold. “Many of the co-op’s nearly 400 farm families are multigenerational. They are dedicated to protecting their natural resources not only because it’s the right thing to do, but also so their children and grandchildren can continue their legacy.”

Darigold and its NDA farmer-owners have a proven track record of environmental advancements. NDA farms regularly win national sustainability awards and a growing number of them are implementing methodologies, such as biological systems or feed additives, that mitigate the methane emissions associated with their dairy operations.

“The co-op had previously announced a goal to reduce carbon emissions 20-30% by 2030, but our organization determined it is not only feasible, but imperative to go all the way and strive for complete carbon neutrality,” Ryan said. “We know that fiscal and technological hurdles remain, as well as some challenges with yet unknown solutions, but existing stewardship projects have dramatically improved the outlook of achieving carbon neutrality, driving our confidence to announce this goal.”

Preliminary results from one major farmer-run project, developed with help from state and conservation groups over the past few years, demonstrate that the carbon-neutral goal is well within reach. And while carbon credit validation results are still pending, NDA is hopeful it can offer up to 100 million pounds per year of farm-level carbon-neutral milk by 2021.

The carbon-neutral goal announced by Darigold and NDA today continues the long-term and impressive leadership commonly found in the U.S. dairy industry. Due to advances in animal care, feed and genetics, dairy farms in this country have already reduced their carbon emissions by two-thirds since the 1950s, according to Frank Mitloehner Ph.D, an air quality expert and UC Davis professor, who testified last year to the Senate Committee on Agriculture, Nutrition and Forestry.

Darigold and NDA’s goal to achieve carbon neutrality by 2050 aligns with goals set earlier this year by the Innovation Center for U.S. Dairy for the entire U.S. dairy business to collectively reach carbon neutrality or better by 2050.

Duane Naluai, senior vice president of Darigold consumer products, recognizes that consumers expect businesses to do our part to care for the planet. “I am proud that Darigold is living our core values of leadership, stewardship and perseverance through this announcement,” he said.

“More than an initiative, we are committed to achieving carbon neutrality for the good of all who share this precious planet: our animals, families, employees, neighbors, consumers and customers. This represents a new level of action and will result in Darigold designing even more sustainability into our business processes, packages and products, alongside quality, nutrition and value.”