According to the study, in the last two years, a majority of brands introduced environmentally friendly products (67%) and packaging (53%). 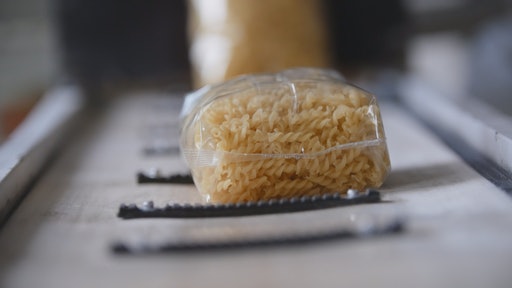 An L.E.K. Consulting survey conducted just before the economic dimension of the COVID-19 took hold reveals that nearly 50% of consumer packaged goods (CPG) brand owners said they expected to boost their spending on packaging, up from 41% who said the same in last year’s survey.

Given some subsequent research in the space, L.E.K. believes that, despite strong overall economic headwinds that will remain as the economy reopens, areas of growth remain on the horizon for packaging suppliers.

“Selected packaging suppliers, including global conglomerates and U.S.-focused players, are acting on pockets of economic velocity that may be driving near-term revenue growth. In certain categories, such as ecommerce, packaging providers are scaling production to meet demand, while in other categories, like healthcare, manufacturers are tactically adjusting their businesses in anticipation of new opportunities,” said Thilo Henkes, Managing Director at L.E.K.

At the beginning of the lockdown period, research on sales and consumer behavior foreshadowed where the new packaging demand may be. From March 12-March 14, sales in the online grocery category, including delivery services like Amazon Fresh and meal kits, increased 400% over the same three-day period last year. Hence, demand for cardboard boxes and higher-value insulated packaging shot up.

In addition, demand for protein shot up by 77% during the week ending March 15 compared with 2019. While that rate of increase is likely not to be sustained, it portends more demand for trays, vacuum packaging, protective films – both traditional PVC film and shelf-life-extending modified atmospheric packaging, or MAP – and other related products. In addition, the healthcare sector, because of increases in home delivery, changes in buying patterns, increased need for protective equipment and the dramatic increase in COVID-19 screening materials, will make demands upon and create opportunity for packaging suppliers.

Given this backdrop, the robust picture for the packaging industry that came through in L.E.K.’s recent survey-based study, “Unwrapping the Results of L.E.K.’s 2020 Brand Owner Packaging Study,” may hold true in a number of ways. (The survey of nearly 300 brand owners and packaging decision-makers at CPG companies was fielded in January 2020.)

“Much of the expected growth that came through in the January survey results was based on increased demand for, and the overall move toward, sustainable packaging. The jury is not in on how the pandemic affects that trend. Even though there are many new challenges and curves ahead for packaging, it may be offset, to a degree, by the new packaging demands emanating from the pandemic itself,” said Henkes.

Following are some of the forces that the survey and report said were propelling demand in the packaging sector:

Heightened global awareness of the importance of sustainability. According to the study, in the last two years, a majority of brands introduced environmentally friendly products (67%) and packaging (53%). Furthermore, over the last two years, 42% of brands switched a portion of their packaging to recycled substrates; 36% embraced some form of biodegradables; and 35% made efforts to use lightweight materials to reduce the amount of packaging. About 23% of brand owners said in January that consumer demand of green products and services will be the biggest growth driver for their primary brands over the next two years.

Soaring number of SKUs. The number of SKUs increased over the last two years as brands developed novel offerings to differentiate themselves and attract consumers. The average number of SKUs for a primary brand had been projected to hit 68 in 2021 – a marked difference from 2017’s average of 49. This, of course, may point to a higher demand for packaging.

Connected packaging gains traction. Connected, or “smart,” packaging technologies are on the rise – 57% of brand owners said they have used or intend to use GPS technology in packaging over the next two years, and 56% said the same about Bluetooth. Sixty-four percent said they are interested in future adoption of both Bluetooth and NFC technologies.

Convenience. “Consumers’ desires for speed and convenience are inextricably connected to how products and services are perceived. This has been fueled by the rise of ecommerce and the instant gratification we associate with digital platforms like smartphone apps. It makes sense that the demand for convenience, portability and ease of use will continue to be a major driver for brand owners’ investments in packaging,” said Jeff Cloetingh, L.E.K. Managing Director. More than half of brand owners (59%) introduced single-serve packaging sizes over the last two years, with 78% of these brands saying the strategy affected their primary brand’s overall packaging. Forty percent said they invested in packaging that’s easier to open; 39% said they expanded lower-priced offerings as a way of delivering more convenience; and 27% said consumer preference for more convenient product options was a top growth driver over the last two years.